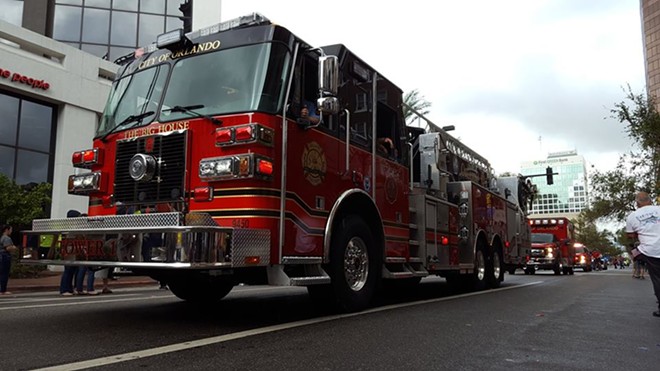 On Thursday, 2017 firefighter of the year Joshua Granada filed a wrongful termination lawsuit against the City of Orlando, claiming the purpose of his firing was an excuse to remove the 10-year veteran from his position.

Granada's attorney Geoff Bichler is reportedly arguing that the city violated Florida statute 44.205, a section of the anti-retaliation provisions of the Florida Workers Compensation Act. Granada earned honors for his bravery during the response to the Pulse nightclub massacre in June 2016.

"The termination in this case was due entirely to the ongoing attempt by Mr. Granada to claim workers’ compensation benefits for PTSD, and related vocalized concerns that Orlando Fire leadership provided an entirely adequate response to the Pulse shooting at the time the event was unfolding," Bichler told News 6.

Granada’s firing traces back to an incident in November, when he admitted to recording comments made by Orlando Commissioner Regina Hill during a response to a person in medical distress at the DoubleTree Hotel on Aug. 27. That person, come to find out, was Hill.

At the time, the firefighter said he was unaware of who the woman was – much less cued into how she's local elected official – and that he hit the record button on his phone when the woman became belligerent and started making a series of absurd accusations.

Granada’s legal team will argue that the OFD went too far and that the ousted emergency responder should be compensated.

An OFD spokeswoman told News 6 that Granada was fired because he violated patient privacy expectations.