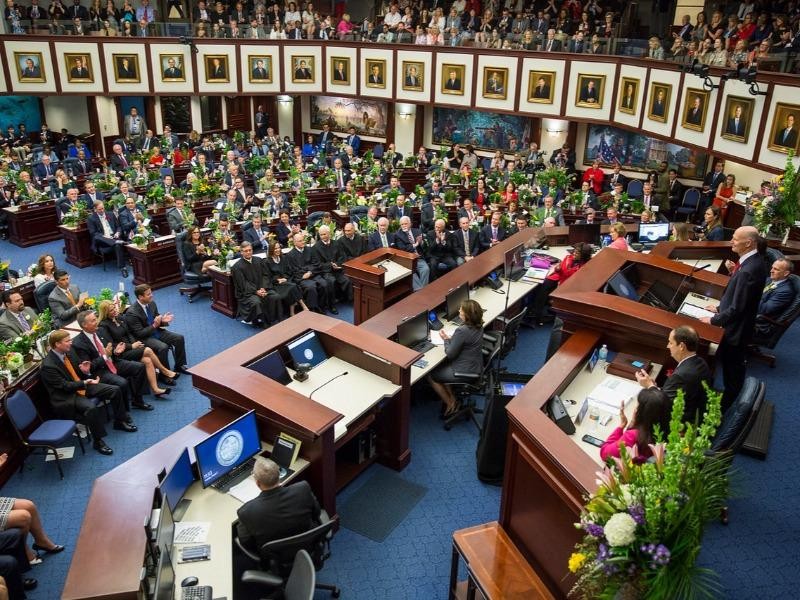 Gov. Rick Scott signed 74 bills into law on Friday, including a tax-cut package, a measure that declares the Legislature’s intent to observe daylight-saving time year-round and a bill that prevents most minors from getting married.

The tax package (HB 7087), which totals about $171 million in tax and fee cuts, authorizes a three-day tax “holiday” in early August that will allow back-to-school shoppers to buy clothes and school supplies without paying sales taxes. Also, the bill will lead to a similar seven-day “holiday” in early June for residents to buy tax-free hurricane supplies.

The bill also includes tax breaks for farmers and ranchers who suffered damage in Hurricane Irma and trims a commercial-lease tax paid by many businesses. Other parts of the package include a property-tax break for homeowners displaced by Hurricane Irma and a break for nursing homes and assisted living facilities that purchase electric generators.

Scott’s office released the list of 74 bills early Friday evening. The measures were passed during the legislative session that ended March 11. About two-dozen of the measures were what are known as “local” bills, which involve issues in individual communities across the state.

While the Legislature and Scott agree on the issue, such a change would ultimately require congressional approval. To that end, U.S. Sen. Marco Rubio, R-Fla., has filed legislation to begin the process of making the change.

Scott on Friday also approved a measure (SB 140) that bars people under age 18 from getting marriage licenses. The bill includes an exception, though, for 17-year-olds who have written consent from their parents or guardians. Also, the 17-year-olds could not marry people who are more than two years older than them.

The Legislature passed 195 bills during this year’s session, and Scott has signed 154 into law. To date, he hasn’t vetoed any bills.

Scott, however, issued a signing letter Friday with a bill (HB 7043) that would allow the Florida Department of Environmental Protection to assume administration of a federal wetland-permitting program. Scott’s letter said the bill gives the department authority to “undertake rulemaking to explore whether the state should issue” permits now administered by the federal government.