Just a reminder that Florida has 6-foot rattlesnakes 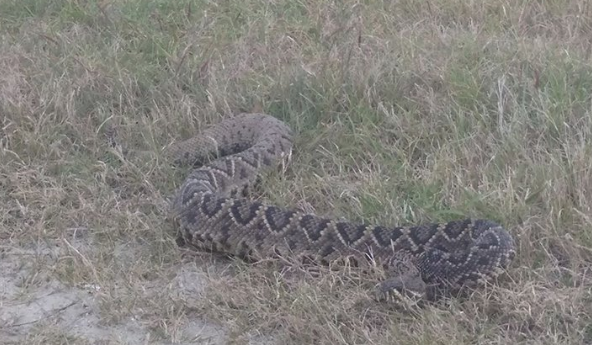 A Jacksonville couple was driving near Branan Field and the Argyle Forrest exit when they spotted a snake roughly the same size as NBA guard Chris Paul.

Lindsey Nilsen and Zack Dick pulled over just in time before watching, what they estimated to be, a 6-foot snake slither away from the road.

According to Action News Jax, Karen Parker of the Florida Fish and Wildlife Conservation Commission, identified the snake as an eastern diamondback rattlesnake.

Diamondbacks are expected to reach sizes of three to six feet in length, and Parker referred to this particular one as a "healthy" snake.

With warmer weather approaching snake sightings tend to increase and snakes like this one will likely be spotted sunning themselves near roads. If you spot a dangerous snake like this one it is crucial not to mess with it, but rather contact professionals to take care of the problem.