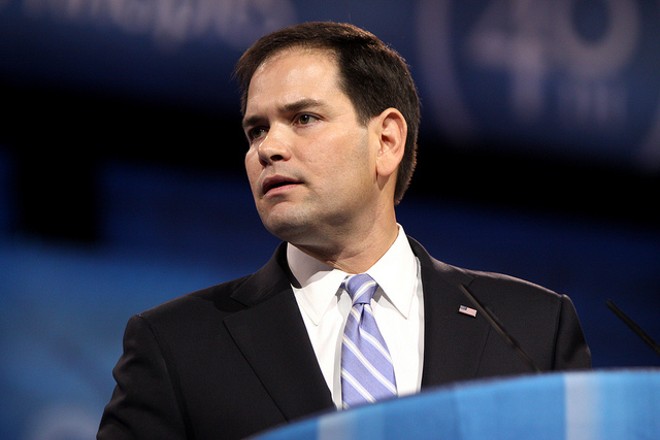 U.S. Sen. Marco Rubio warned Tuesday of a “level of overconfidence” about the security of the nation’s election system heading into the 2018 midterm elections.

The Miami-Dade County Republican, who sits on the Senate Intelligence Committee, told reporters in his Tallahassee office he isn’t satisfied enough safeguards are in place —- from the federal, state and local levels —- to ensure the accuracy of the upcoming elections.

“It’s not just about Florida,” Rubio said. “Whether it’s pride or a sincere belief, there’s a level of overconfidence in our system we should be careful about.”

With the Senate Intelligence Committee still working on a final report, he said Russian meddling in the 2016 elections involved “probing” for vulnerabilities in advance of the upcoming contests.

“The threat is not necessarily that they’re going to break into ballot boxes and change the outcome of an election,” Rubio said. “The threat is much more nefarious than that.”

He warned that the strategy is to create chaos to make election results questionable by hacking voter-registration databases to delay or prevent people from voting or to alter unofficial results posted online on election night.

“We have an already-polarized country, already at each other’s throat,” Rubio continued. “That is what I fear most of all.”

Rubio said he’s opposed to federalizing elections but would like for more “sharing” of information between state and federal officials.

Florida Department of State spokeswoman Sarah Revell said Tuesday the agency engages with state and federal agencies and has upgraded hardware and firewalls to protect voter information and prevent against possible hacking.

The agency received $1.9 million in the state’s new $88.7 billion budget for next fiscal year to establish a network-monitoring security program that provides automated alerts about threats, allowing county election officials to respond when data may be at risk, according to Revell.

“Cybersecurity is an ongoing process and as we move forward, we will continue to build on our existing infrastructure to maintain the integrity and security of Florida’s elections in the future,” Revell said in an email.

Florida is one of several states where voter rolls were believed to have been targeted by Russian hackers before the 2016 presidential election.

Florida officials have not disclosed what exactly transpired during the election.

In September 2016, the Florida Department of State simply acknowledged the FBI held an “informational call related to elections security” with the state agency and 67 county supervisors of elections.

A year later, the state agency further acknowledged it was notified by the U.S. Department of Homeland Security that Florida was targeted by hackers in 2016.

“This attempt was not in any way successful, and Florida's online elections databases and voting systems remained secure,” the Florida Department of State said in a September 2017 statement.

In February, NBC News reported that Florida was one of several states where election websites or databases were compromised. The Department of Homeland Security called the report “inaccurate and misleading.”