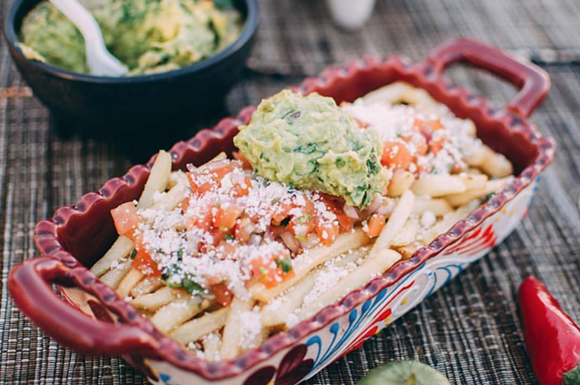 A new vegan (mostly) food truck that hopes to be rolling by the end of the month will also have a brick-and-mortar home base, they announced this week.

Mission Kitchen holds a grand opening party all day Friday, March 30, and everything on the menu is just $1. The menu covers the basics like tacos, burritos, tamales, tostadas and enchiladas, but where you'd usually be choosing beef, pork or chicken, on Mission Kitchen's menu (see below) you have the choice of black bean and sweet potato, grilled corn and squash, or cauliflower and potato.

However, an asterisked aside at the bottom of the menu reads "Carnivore? Ask to see secret menu." Also, Brendan O'Connor reports over at the Bungalower that they're still working on a vegan cheese recipe, so probably best not to bring your really hard-core vegan pals here for a minute.

1322 25th St.
South
Orlando, FL
Mexican and Vegetarian/Vegan
Map
The restaurant is in the Rio Grande Park neighborhood, located at 1322 25th St. The opening-day celebration is scheduled to start at 11 a.m. and run until sunset (7:42 p.m.).