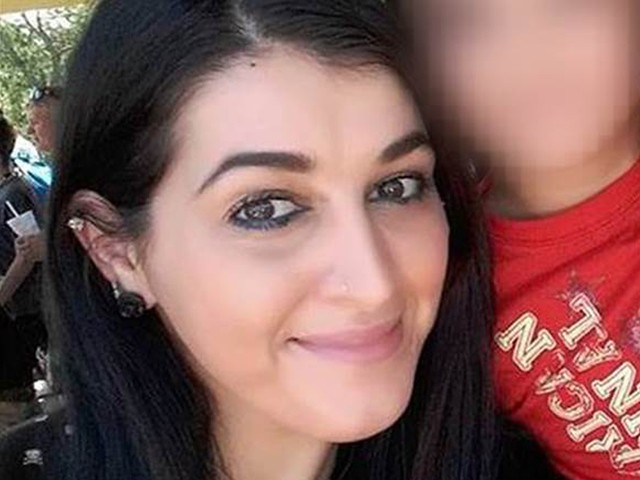 A jury has found Noor Salman not guilty of helping her husband in his plans to murder 49 people at the gay nightclub Pulse.

After deliberating for almost 12 hours over the course of three days, on Friday jurors unanimously acquitted Salman of aiding and abetting Omar Mateen in his plans to conduct the 2016 mass shooting in support of the terrorist organization ISIS. The 12-person jury also found Salman not guilty on a charge of obstruction of justice after federal prosecutors accused her of lying to FBI agents during their investigation. The 31-year-old widow faced a possible life sentence in prison if convicted. By Friday afternoon, Salman was released from the Orange County jail, where she was being held during court proceedings.

Before the verdict was read, a nervous Salman was holding hands with one of her attorneys, Fritz Scheller, as her two uncles held each other and her cousin prayed. When the jury walked into the room, they headed straight to their seats and didn’t look at Salman. As U.S. District Judge Paul Byron read the jury’s verdict, Salman buried her face in Scheller’s shoulder as her family sobbed and hugged tightly. After the jury left the room, a crying Salman embraced attorneys Charles Swift and Linda Moreno, both of whom had tears in their eyes. On the other side of the courtroom, family members of Pulse victims and survivors were silent. Outside the court building, they did not speak to the media. Pulse owner Barbara Poma said she respected the criminal justice process and trusted that the jury made their decision free of bias.

"Those of us directly affected by this tragedy must find peace in our hearts and remember that he was the one who pulled the trigger that night," Poma said in a statement. "He was the perpetrator, and he should not have one more minute of power over our lives. This verdict cannot and will not divide us."

Federal prosecutors also left the court quickly, with Assistant U.S. Assistant Attorney Sara Sweeney told reporters briefly, "We respect their verdict and we appreciate all of their hard work and thank them for their service in this case."

Susan Clary, a spokesperson for Salman’s family, started by apologizing to the families of the 49 victims.

"Noor can go home to her son," Clary said. "We want to people to know she is not guilty. There is no question."

Salman’s cousin, Susan Adieh, said she understands the families of Pulse victims because she has also lost a child.

"She’s been innocent from day one," Adieh said.

Salman’s uncle, Al Salman, said he was planning on hiring a therapist for his niece and returning her home to her five-year-old son, who is currently in California.

"I don't know how she’s going to make up for the last two years," Al Salman said. "I said that Day 1, that she’s innocent."

Federal prosecutors argued Salman was a "cold" and "callous" person who gave Mateen the green light to commit the massacre by accepting financial gifts and creating a cover for him the night before the attack. During an 11-hour interview with FBI agents, Salman allegedly told agents she and her husband drove around Pulse in the days before the massacre and he asked her, "How upset are people going to be when it gets attacked?"

An FBI agent testified during trial that Salman told him Mateen had shown her the Pulse website and said "This is my target." Cellphone location data and web browsing history proved it was "highly unlikely" that the couple ever scouted Pulse. During closing statements, prosecutors said Mateen's initial target was Disney Springs and that he was planning to use a baby stroller and baby doll to conceal his rifle.

Salman's attorneys maintained throughout the trial that her statements to law enforcement were coerced. FBI Special Agent Ricardo Enriquez said he transcribed Salman's statement for her because she was "too nervous" but never recorded the interrogation. The defense painted Salman as a simple person who was manipulated by her husband's lies and pressured by FBI agents into a confession.

Orlando Police Chief John Mina responded to Friday's decision by not directly addressing the verdict, but rather congratulating the law officers involved.

"I believe in our criminal justice system and am grateful for the jury's hard work and thoughtful deliberation," he said in a statement. "Nothing can erase the pain we all feel about the senseless and brutal murders of 49 of our neighbors, friends, family members and loved ones. I want to thank the U.S. Attorney's Office for the Middle District of Florida and the FBI, who have worked tirelessly on this case in the quest for justice."

Swift and Moreno said the first thing Salman said to them after the verdict was read was “Thank you.” They called the Orlando jury members the “last heroes of Pulse.”

Swift said the FBI should view this case as a “wake-up call” for how they conduct their investigations, particularly interrogations.

“The FBI must join the rest of law enforcement and record all statements,” he said. “The FBI must think about some serious reform in the wake of this … If Orlando Police had investigated this, which they could’ve, they would have done it differently.”