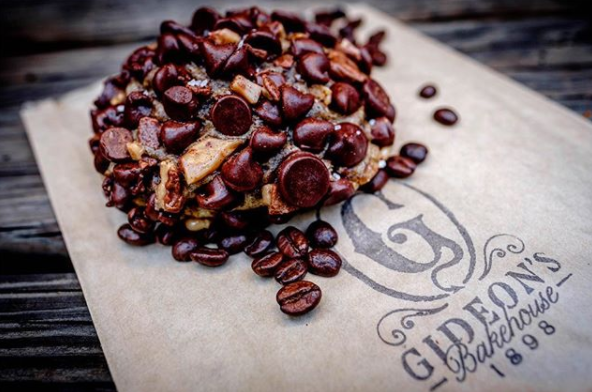 The good news: The cookies aren't going to sell out (as often).

The bad news: You'll be shelling out a bigger wad of dough for your wads of dough.

Gideon's Bakehouse, the East End Market cookie shop that's garnered such praise as "Best Chocolate Chip Cookie in Florida" by food-centered website Delish, announced today on Instagram that they've acquired a new 2,000-square-foot production warehouse. That means your trip to the market will likely be worth it as sell-outs are less likely. It also means (bakers, listen up!) that they'll be hiring some new staff to churn out those monsters.

Another announcement from the bakery this morning: They'll be upping their prices to an even $5 per half-pound cookie. We get it, of course. The acquisition of the new space makes an offset necessary. It's also pretty convenient that a cool Lincoln will win you a Gideon's treat without scrounging for change. So, semi-win there.

Gideon's will be making their first public event appearance on April 14 at the 26th annual Heart of Florida United Way Chef's Gala, which is a pretty big deal for these sugar mavens.