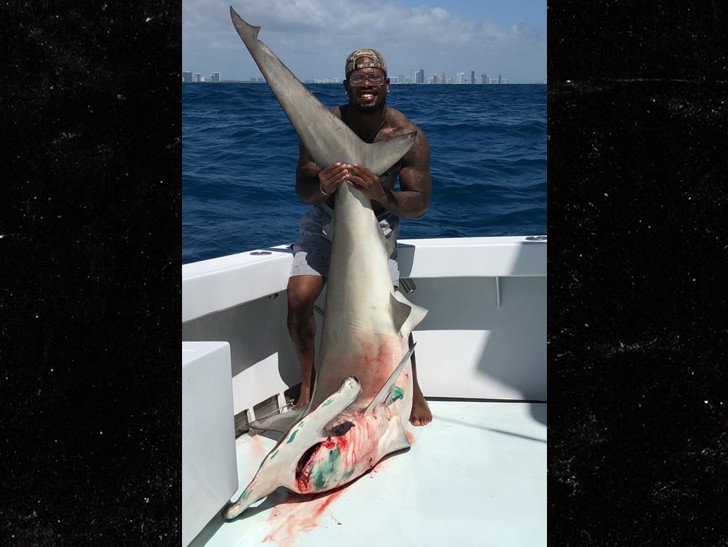 The Florida Fish and Wildlife Conservation Commission is investigating Denver Broncos linebacker Von Miller due to a recent Instagram post posing with what appears to be a very dead or severely injured hammerhead shark.

Miller and friends took a recent fishing trip where they were surprised to have "fished out" a 9-and-a-half foot hammerhead shark. The video captures Miller and an unknown man celebrating followed by four men, including the football player himself, pulling the shark aboard with a rope tied around the shark's head.

Supposedly, Miller posed for a picture with the extremely bloody shark and released it back into the ocean. In the video, the shark's still body can be seen floating seemingly lifeless next to the boat.

they released the shark for the ppl crying about it pic.twitter.com/DTQUCKQshH

PETA, People for Ethical Treatment of Animals, thinks otherwise and responded to the video by vowing "to ensure that Miller is held accountable if killing this animal was, as [they] suspect, illegal,” The Denver Post reports.

But FWC has zero tolerance for this type of catch-and-release, and the commission is now placing Miller under investigation. The agency is "looking into whether or not a violation occurred in this incident," the commission's public information coordinator, Carol Lyn Parrish, said to the Post.

FWC classifies hammerhead sharks under "group 3," which are prohibited from being harvested in Florida waters. If found guilty, Miller could be looking at a second-degree misdemeanor with a maximum $500 fine and 60 days spent in jail.

This incident comes almost a year after three individuals went under investigation by the FWC for violently dragging a live shark behind their boat.