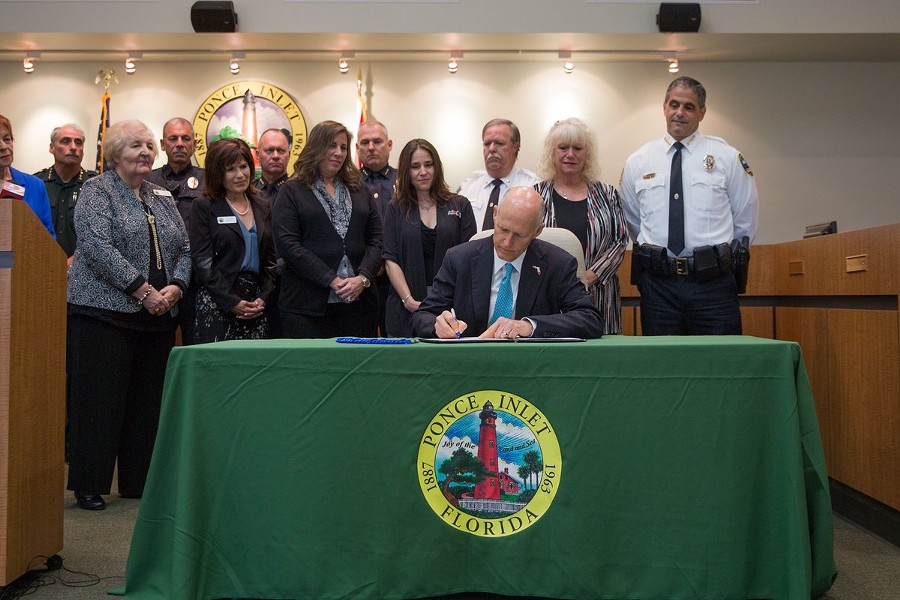 This afternoon, Florida Gov. Rick Scott signed Ponce's Law, named after a puppy that was found beaten to death in Ponce Inlet.

The bill, which was ceremoniously signed into law Thursday in Ponce Inlet, will allow a judge to bar someone previously convicted of animal cruelty from owning a pet, and also makes it more likely an offender would go to prison.

"This morning, I signed 'Ponce’s Law' to increase criminal penalties for those who abuse animals," said Rick Scott in a Twitter post. "Law enforcement now has the needed tools to protect Florida’s animals."

Ponce the puppy was a 9-month-old Labrador retriever found beaten to death on the backyard of Ponce Inlet resident Travis Archer last year. Authorities said the dog was beaten so badly it looked like it was hit by a truck, reports the Daytona News-Journal.

Ponce's Law was actually officially signed by the governor two weeks ago on National Puppy Day.