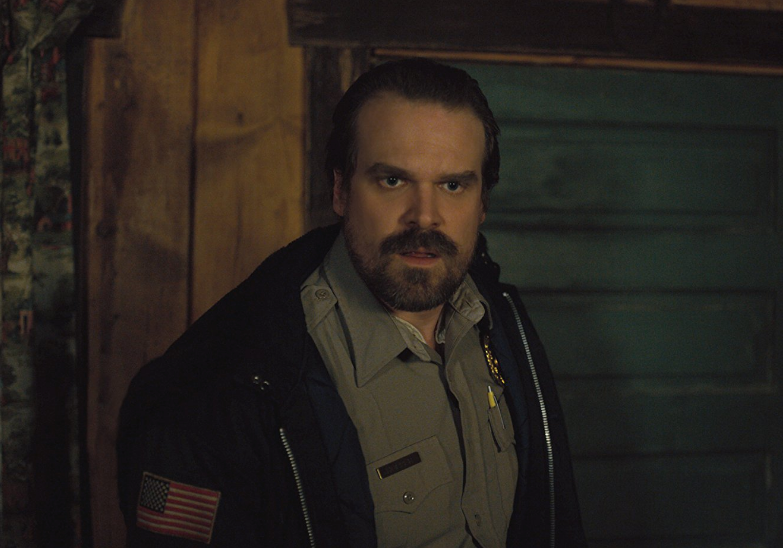 In response to this week's announcement that Netflix's Stranger Things will join the roster at Halloween Horror Nights 28, actor David Harbour says he'll attend this year's event if his tweet gets 300K retweets, which is a very attainable request.

The local theme park blog Orlando Informer threw a Twitter Hail Mary on Tuesday to Harbour, asking, "how many retweets would it take for you to walk through Stranger Things at #HHN28 with us?

Surprisingly, he responded and was open to it.

Harbour accepted the challenge and said he'll show up if his tweet (embedded below) gets 300,000 retweets. He also added a little twist to the challenge by agreeing to a walk-through dressed as the character Eleven, and doing it with eleven 11-year-old fans.

As of now, Harbour's reply is just shy of 25,000 retweets. So, if you want to see him walking around Universal in a dress and holding a box of Eggo waffles, you know what to do:

300k. I get to take eleven eleven year old fans, and I get to dress like eleven. And if it runs post Halloween, I’d prefer us to go on November 11th, at 11pm. https://t.co/H5ECmUTOwP

Harbour says if we reach 300K he'll visit the park on Nov. 11, at 11 p.m. However, Halloween Horror Nights starts Sept. 14 and runs until Nov. 3, so if Harbour is serious about visiting Orlando, he'll have to modify his arrival date.

Of course, Universal Orlando also chimed on the announcement and promised to post exactly eleven times about the proposed visit.

And we in turn will make exactly eleven posts about it on Twitter.