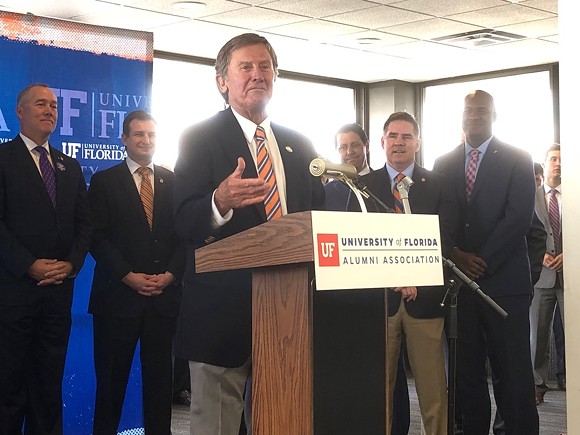 The Alliance of American Football league made the big announcement Saturday morning, stating that the 72-year-old Spurrier is "fired up and ready to go."

The new eight-team league run by Charlie Ebersol will make its debut Feb. 9, 2019, and will run for 10 weeks.

"What first captured my attention was Charlie and Bill's commitment to putting top-flight, professional football on the field and creating a true alliance between fans, players and the game," said Spurrier in a statement. "The Alliance offers a unique opportunity to get back into coaching, this time for a spring season, and work closely with hungry, talented athletes looking to begin, revive or extend their professional careers. "The fact I can do this in Orlando makes it that much sweeter."

The new team, which has yet to be named, will play at University of Central Florida's Spectrum Stadium.

"When reviewing markets for the Alliance, we focused on cities who were looking for more football," said Ebersol. "Orlando has already proven to be a passionate, loyal and engaged fan base that loves the game, yet they don't have a professional football team to call their own."

Deposits for season tickets go on sale beginning at 4 p.m. on April 17. Ticket prices will be announced this summer.