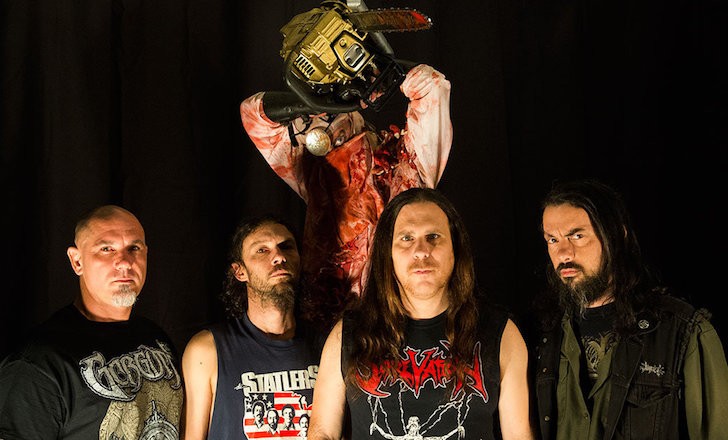 In what is sure to be one of the more blood-soaked shows ever at Will's Pub, death metal icons Exhumed and Gruesome have announced a co-headlining show at Will's Pub set for this summer.

Exhumed now over 25 years into their musical life, have just released Death's Revenge, a concept album about murders in Scotland circa the 1820s. Gruesome, meanwhile, are set to release their second album, Twisted Prayers, touted as a homage to Orlando metal legends Death's Spiritual Healing album. If the recent Incantation show at Will's was any indication, you'd be advised to buy tickets early.