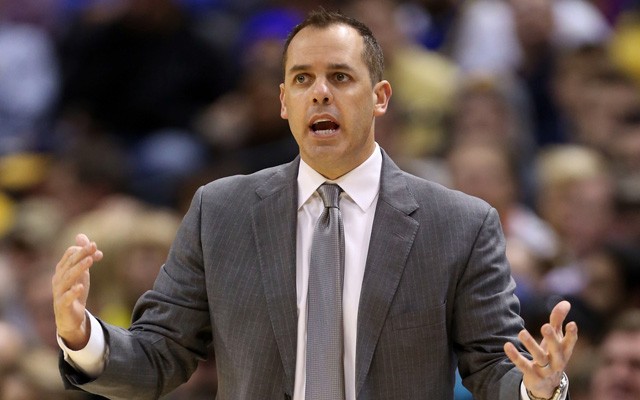 It seems as though Orlando Magic head coach Frank Vogel – who compiled a 54-110 record during his two-season tenure and a 25-57 finish during the 2017-2018 campaign – has been shown the door.

The Magic opened the season with a bang, with an 8-4 record. But those numbers would quickly fade, as the team's schedule toughened and injuries continued to collect throughout the roster. From Nov. 11 to Jan. 12, the team racked up a depressing 4-27 record. By then, the playoffs were officially off the table with months left to go in the season.

Vogel’s firing was announced this morning at 8:47 a.m.

“We would like to thank Frank for his contributions to the Orlando Magic,” Magic President of Basketball Operations Jeff Weltman says in a statement. “We appreciate the sacrifices he made as a head coach and certainly wish him and his family well going forward.”

Vogel is only the latest head coach to get canned by the Magic over the previous four seasons. Before him, there was Scott Skiles, interim coach James Borrego and Jacque Vaughn.

Related What happened to the Orlando Magic?: Most sports stories are about something special. This one isn’t

What happened to the Orlando Magic?
Most sports stories are about something special. This one isn’t
By Xander Peters
News
Also heading for greener pastures will be lead assistant coach Chad Forcier and assistant coaches Corliss Williamson and Jay Hernandez, all of whom were dismissed around the same time as Vogel.

It’s currently unclear who will replace Vogel, though speculation has already begun to swirl across the sports-speak world.