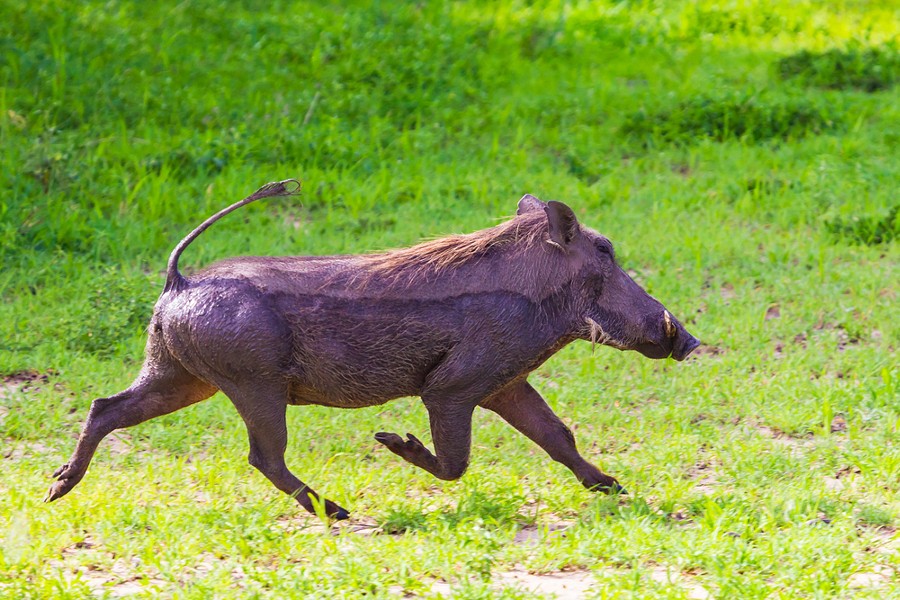 An African warthog was apparently living that hakuna matata lifestyle in Florida, until wildlife officials captured it near a St. Lucie County neighborhood.

Officials with the Florida Fish and Wildlife Conservation Commission were notified about the sturdy hog's adventures through a neighborhood in a St. Lucie County on March 4, TC Palm reports. Residents described the warthog as friendly when bribed with food.

According to TC Palm, the animal was captured by the FWC on March 8 after several failed attempts. FWC Officer Bradley Toby said in a report he tackled the animal while a biologist set a trap. Toby suffered some abrasions to his legs and the warthog was later euthanized to be examined for diseases by FWC veterinarians.

FWC spokeswoman Carol Lynn Parrish told TC Palm that a person must obtain a captive wildlife license approved by the state to own an animal like the warthog. There was no record of anyone on the Treasure Coast who had a license to own the warthog, she stated.

Florida now has a capybara problem
By Colin Wolf
Blogs

Florida has a long history of "loose pets." Besides our state's incredibly awful Burmese python problem, Florida also has issues with Nile crocodile, king cobras, monkeys and even a colony of capybara.