Youth activism is up in Florida, but that may not lead to higher voter turnout 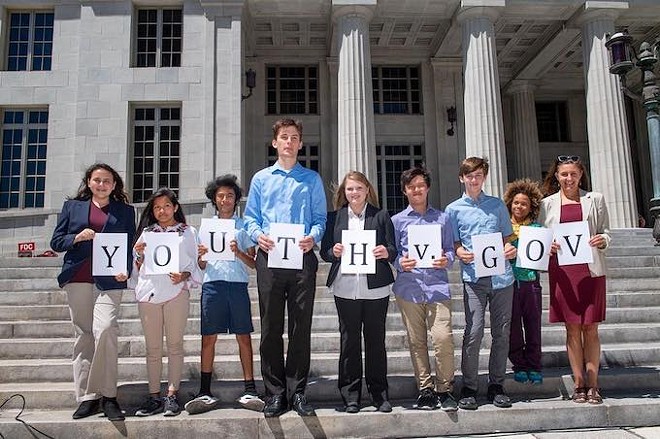 The eight young Floridians suing Gov. Rick Scott and Agriculture Commissioner Adam Putnam are riding the wave of youth activism with multiple press conferences focused on the environment. The students are suing the state for what they say is a violation of their constitutional rights to a healthy climate.

Along with the post-Parkland gun debate, this is the second case this year in which a group of students is lobbying the government for change. Oscar Psychas is a 20-year-old college freshman and one of the plaintiffs in the case. He says he's confident movements like his are making a difference.

"I think that this case has every reason that it can win," he says. "And I'm really excited about that because young people are starting to hold their governments accountable, and that's just really exciting."

As many as two-thirds of Florida voters in the youngest age group are forecast to sit out the midterm elections. tweet this
The lawsuit is supported by Our Children's Trust, a national organization focused on protecting the environment for future generations. But despite Psychas' optimism, supervisors of elections in six of the state's seven major counties have reported seeing a drop in youth voter registration compared with 2014.

Tallahassee is home to two of the state's major universities and a college. The city has more than 63,000 students but has lost nearly 4,700 young voters since February. However, Psychas says young voters need to challenge some politicians' moves to disenfranchise them.

"Our leaders often make a calculation that young people tend to be politically disempowered so that they can continue to do these actions that are so clearly going to make things worse," he says.

According to the Florida Center for Investigative Reporting, Governor Scott in 2015 banned the use of the term "climate change" in official communication. A spokesperson later denied that claim.

For Psychas and other young protesters, the odds for 2018 don't look favorable. According to the United States Elections Project at the University of Florida, as many as two-thirds of voters in the age group are forecast to sit out the midterm elections.