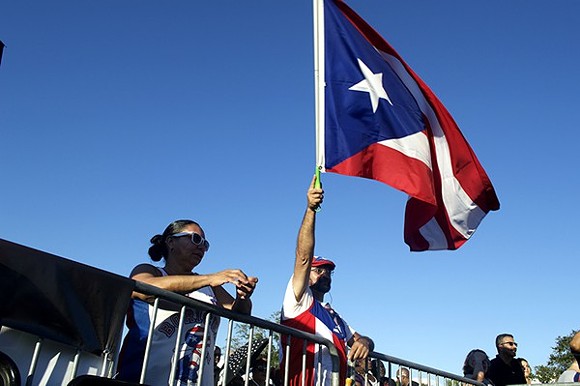 FEMA granted an extension for around 600 Puerto Rican families displaced by Hurricane Maria today, after some had begun moving out of their temporary housing following an announcement earlier this week that their aid would expire April 20.

The Puerto Rico Federal Affairs Administration announced shortly after noon on Friday that the Federal Emergency Management Agency will continue to provide transitional housing assistance, or TSA, to all Puerto Rican families currently enrolled in the program in Florida. The deadline will now extend through at least May 14, according to the announcement.

.@FEMA has agreed to unconditionally extend #TSA until May 14. @FEMA informs they will not be carrying out evictions today. @SenBillNelson @RepStephMurphy @marcorubio @RepDarrenSoto


On Monday, evacuees receiving assistance were told that their aid would expire Friday, April 20, due to new stricter eligibility requirements that followed recommendations from Puerto Rican Gov. Ricardo Rosselló.

On Wednesday, Rosselló sent a letter to FEMA seeking an unconditional 46-day extension to TSA until June 30.

But as of early Friday morning, Orlando Weekly started receiving word via texts from leaders of the organization Vamos4PR that a number of families had already begun the moving-out process as the deadline neared.

"Some families were required to check out at 11 a.m., according to the paperwork they got from FEMA," Father Jose Rodriguez of Jesús de Nazaret Episcopal Church in Orlando, which is a member of the Vamos4PR coalition, tells OW. "We have some families that made it to emotional breaking points – you know, people who face a lot of hurdles. This morning, they were realizing that they would have to leave before a decision was made."

Rodriguez adds: "This is putting us back where we were on Sunday, before Monday morning came. ... We're still in a situation where families are in hotels. They can't afford to get into housing. The government isn't helping them transition out. The kids are still going to be booted out before the end of the school year. And families still can't get apartments."

Rodriguez says that because of the announcement of an earlier deadline on Monday, some families were forced into making poor decisions, such as one woman who rushed into a lease she couldn't afford in a beat-up apartment with roaches and other less-than-ideal amenities. He says some individuals were forced to take off work for three days in an effort to find affordable housing.

Florida has the largest number of displaced Puerto Rican families in the country, according to data provided by FEMA. On a national scale, the deadline would have affected 1,651 families in 28 states, Washington, D.C., and Puerto Rico.