Disney Stores will no longer use plastic bags, but theme parks have a way to go 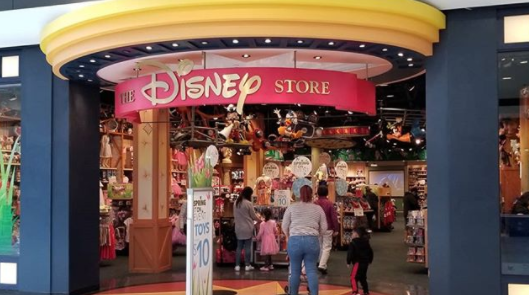 As part of a company-wide initiative, Disney Stores recently announced they will be phasing out plastic bags at all U.S. stores by the end of next month.

The surprise announcement comes on the heels of Disney World announcing a major new solar farm near the Animal Kingdom that will include a half-million solar panels spread across 270 acres.

The Disney Store initiative follows other leaders in the industry who have phased out plastic bags. But unlike some of them (including Taco Bell, which has replaced the plastic bags with mostly paper ones), Disney Stores will offer guests Disney branded reusable bags for 99 cents. All 215 stores in North America will phase out the plastic bags entirely by the end of May; reusable ones are already on sale.

This is just the latest update to the Disney Stores since Disney repurchased the retail chain from The Children’s Place in 2008 after selling them a few years earlier. Since then the stores have seen a number of updates, including video walls with live streams from inside the parks and exclusive merchandise. Recently, as part of a company-wide restructuring, the retail outlets were rolled into the same unit.

Single-use plastic has been a focus at Animal Kingdom, but otherwise hasn’t gained much attention other than phasing out single-use toiletries at some resorts where they were replaced with more eco-friendly pump-style refillable bottles.

In 2008, the State of Florida placed a ban on local municipalities from outlawing their use, but that law is currently being challenged. Similar bans are in place in many places, including California (with some exemptions), Austin, Chicago and Seattle. The United Kingdom is also looking to ban single-use plastics in the coming years.

In Florida, there have been numerous initiatives to ban plastic bags along coastal communities. Legal action has been led by Coral Gables regarding a similar law that prohibits local municipalities from placing bans on Styrofoam. Similar laws regarding gun legislation are now also being challenged in the state. With the state likely years away from any meaningful movement on plastic bag regulations, any changes at Disney are due to internal decisions.

For the time being, Disney parks in Florida are still using plastic bags, though it's likely they will eventually stop.