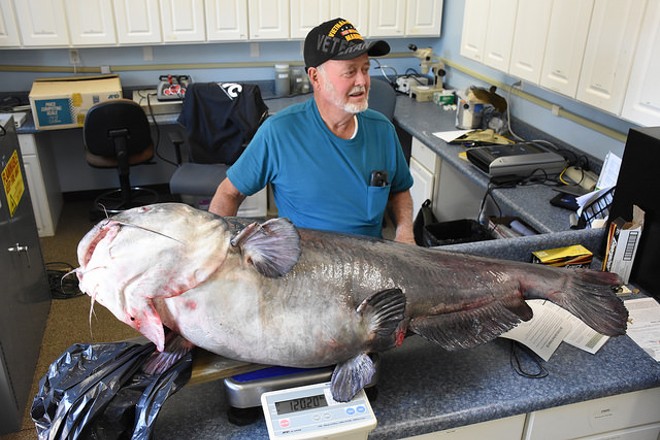 It's not every day that you catch a fish the size of a husky middle-schooler.

Joel Singletary, 78, did that very thing when he reeled in a massive 121-pound blue catfish on April 11, according to the Florida Fish and Wildlife Conservation Commission.

The 120-pounder would have blown the previous record of 69.5 pounds out of the water (pun intended), but the use of a trotline disqualified the catch as a state record. Still impressive.

"It [the fish] must be caught by rod-and-reel to qualify for the state record. That means the current state record stands," said Bekah Nelson, a spokeswoman for the FWC, to ABC Local 10 News.

Singletary caught the overgrown catfish in the Choctawhatchee River near Florida's panhandle.

At first, the seasoned fisherman had no idea how he would get the behemoth catfish into his boat – but once his adrenaline kicked in, the fish was no match for Singletary.