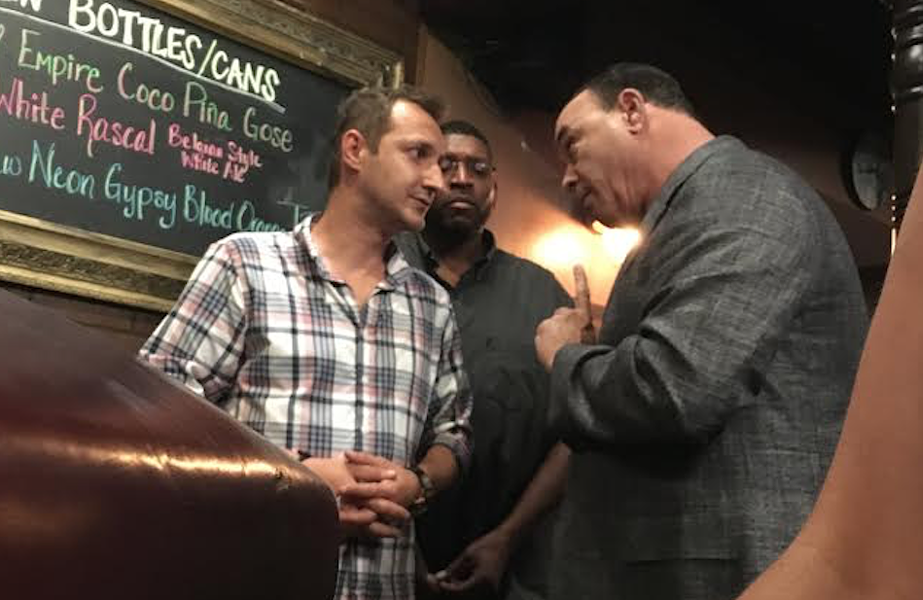 Nearly a year after Bar Rescue host Jon Taffer gutted and "rescued" the Copper Rocket Pub in Maitland, it appears the episode will finally appear this May.

A spokesperson with the Paramount Network confirmed with Orlando Weekly that the episode, "A Crazy Little Thing Called Selman," is expected to debut May 6.

"Salmonella poisoning invades the famous Copper Rocket while Jon tries to get the owner under control before the rocket explodes," says the episode description.

For some background on why any of this matters, owner Selman Markovic, a man who got extremely mad online after claiming he was cheated out of an Orlando Weekly "Best Of" award, agreed to be featured on Bar Rescue, a show that centers on Jon Taffer emotionally breaking down bar owners and then remodeling their space with a bunch of new televisions and a "butt funnel."

Snapchat leaks of the first night of filming were released, and appeared to show Markovic getting a strict "Taffering," aka finger-wagging and severe yelling of the catchphrase "Shut it down!"

A couple of days later producers of the show confirmed that the episode was indeed happening and then gave OW a sneak preview of the bar before it was unveiled to the owner and staff.

Unfortunately, shortly after Taffer remodeled the Copper Rocket, Markovic  sold the bar in April of 2017. For nearly a year there was no word on what happened to the episode and if it would ever see the light of day.

Now, here we are, anticipating an episode long considered "lost," which is apparently all about salmonella.