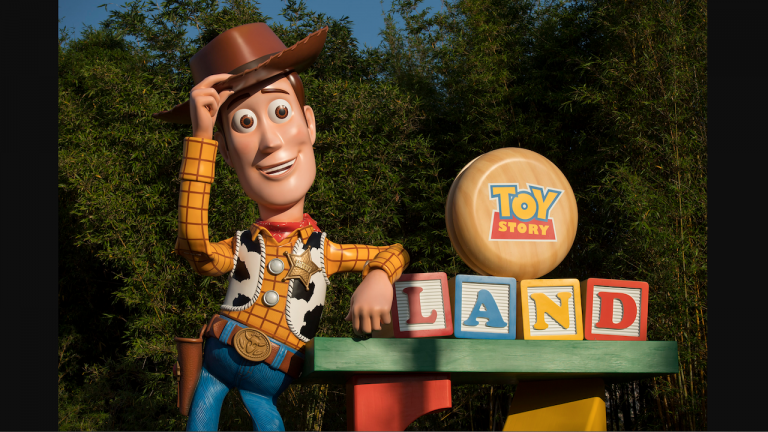 This morning, Disney announced they've reached the important milestone of erecting a giant Woody at the entrance of the yet-to-open Toy Story Land at Hollywood Studios.

According to the official Disney Parks Blog, the 20-foot-tall Woody doll has a 7-foot-wide hat and stands next to a 4-foot-tall yo-yo. Disney did not release any measurements on Woody's girth.