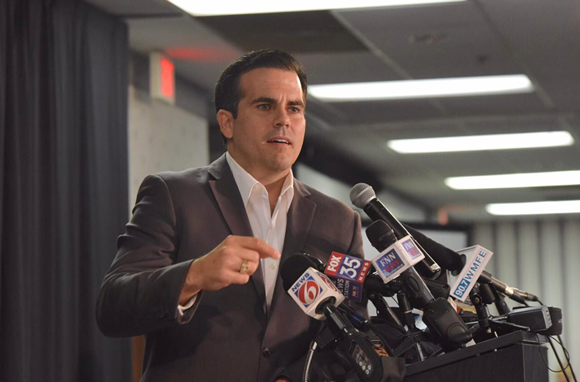 Poder, which translates to “power,” is a nonpartisan civic organization focused on the voter registration and political participation of U.S. citizens from Puerto Rico. It was launched with the idea of helping those individuals participate fully in the democratic process and become agents of change for the island. The announcement took place at the Orlando Metropolitan Campus of Ana G. Méndez University.

“We need to showcase the political power of Puerto Ricans, so we can start pressing the issues that matter most to us – quality of life, real solutions to problems,” Rosselló said in a news release prior to the announcement. “Puerto Ricans are American citizens, with all the same rights and privileges as anyone in this country. For too long, we have been second-class citizens, and we can no longer accept the status quo.”

Rosselló continued: “In the seven months since Hurricane Maria and the devastation that followed, we learned who was willing to stand with us and who was not. With the 2018 mid-term elections coming up, we want to fully exercise the influence we can have. If we can organize ourselves, we have the power to hold those leaders accountable to their Puerto Rican constituents.”