A Longwood resident's car was completely gutted by a bear 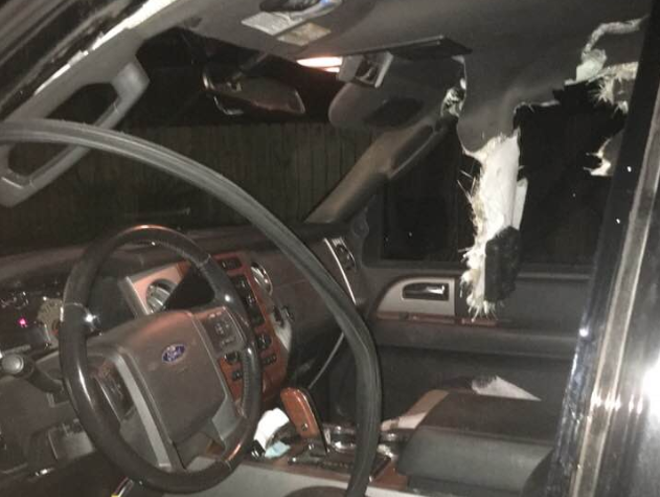 The interior of a Longwood resident's SUV was demolished after a bear somehow opened the door and trapped itself inside.

Rikki Koberg-Perrero posted photos and video to Facebook last weekend, showing law enforcement and FWC deputies making contact with the bear, who more than likely was looking for something to eat.

"A warning to all – be aware to lock your car doors. The bears are smart enough to open doors," she said in a post.

According to Koberg-Perrero, her husband went outside to investigate some loud noises, only to find two large bears next to their garage. One of the bears somehow clawed open the door and trapped itself inside the SUV for at least a half-hour.

Officials arrived and managed to safely open the door to let the bear escape on its own. While no one was hurt, "We have one very messed-up vehicle now," says Koberg-Perrero.

It's unclear exactly why the bear broke into the vehicle, but I'm willing to bet there was some food in there somewhere, like maybe a single Funyun.