NOMA-inspired vegan and vegetarian plates coming to the Milk District 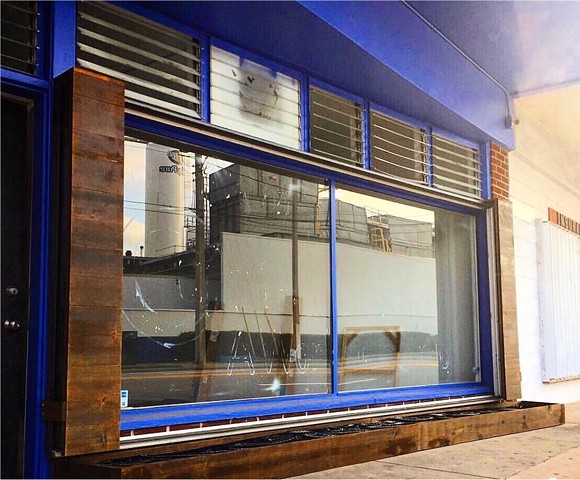 Shaun Noonan, the chef-owner behind Dixie Dharma at Market on South, is
going to have a very busy summer.

As we told you first a couple of weeks ago, he'll open Dixie Dharma's second location inside the soon-to-open Henry's Depot food hall in Sanford, but Noonan's also in the early stages of building out a new creative space in the Milk District called Curate.

Curate, which will supplant Spacebar/Phas3 at 2428 E. Robinson St., will serve as an art gallery and studio by day, then serve exclusive prix-fixe veg dinners with wine pairings by night.

The inspiration for the dinners will come from Rene Redzepi's highly  acclaimed (and recently relaunched) NOMA restaurant in Copenhagen, where Noonan and his business partner/significant other Samantha Lawless will dine next month. (Scoring a reservation at NOMA is no small feat.)

The new NOMA will serve an all-vegetarian and vegan tasting menu — "an exploration of the plant kingdom" – from June 26 to Sept. 15.

"We're going to NOMA in June since it's all vegetarian and vegan this summer, then plan to start prix-fixe, higher-end, vegetable-forward pop-up dinners with wine pairings," Noonan tells Orlando Weekly.

Celeriac shawarma • No meat is used for this, only root vegetables. Maybe it’ll make the menu for our upcoming vegetarian season • Cc. @mette_soberg

I'm hoping they'll score the recipe for Redzepi's celeriac shawarma and replicate it at one of the dinners.

Matt Uva, the wine guru at Quantum Leap, will, umm, curate the pairings.

Noonan and Lawless will document their experience at NOMA and tie it in to their vegan pop-up dinners, which should commence later this summer.