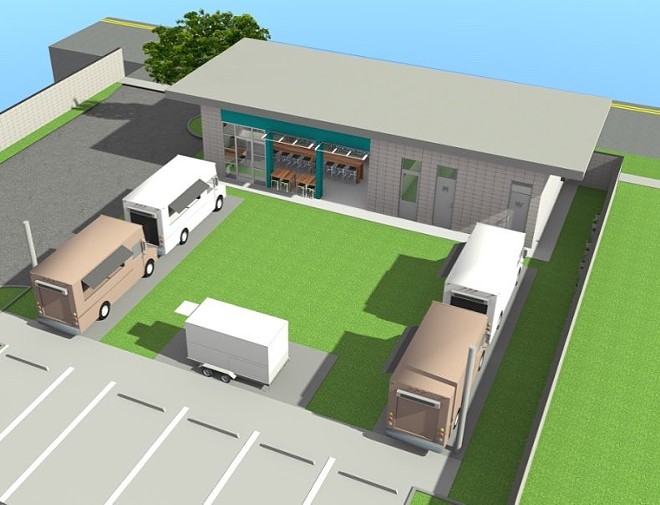 A new 10,400-square-foot food truck park is expected to open in Orlando's Milk District by midsummer of 2018.

The permits have been approved by the city, and owners Dustin and April Williams plan to open À La Cart Street Food and Craft Beer at 615 Irvington Ave., which is less than a mile away from the Tasty Tuesday food truck series.

The new 61-seat space will host five full-time food trucks, a 15-tap bar, and an open-air yard/courtyard with lawn games.

"While living in Oregon, April and I regularly visited food truck parks on the West Coast as well as during our many cross-country treks to and from Florida," says Dustin Williams via a press release. "The thought of two math teachers giving up their day jobs might not add up at first, but it’s long been our dream to create a family-friendly social dining experience in our hometown. We look forward to becoming part of Orlando’s thriving culinary and craft beer scenes."

The design for the new food truck park is led by Michael Wenrich Architects, who are also responsible for other notable Orlando-area locales as the Brewstillery, Sonny’s BBQ and Hotel Aloft.