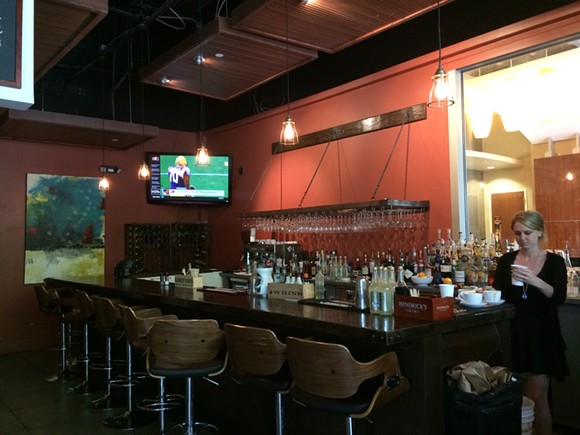 Executive chef and managing partner Monica McCown confirmed to us today that Artisan's Table just signed the lease to take over a big new space on West Church Street.

The former Urban Flats location at 55 W. Church St. is about the same square footage as the current location of Artisan's Table on Pine Street, but has a much more open layout, which would allow the restaurant to build out a larger bar, as well as a large street-side patio. Buildout will begin this summer, with a January or February 2019 move-in.

"The main advantage is the exposure," McCown says. "We're excited about the foot traffic, and the synergy we can create with the other restaurants on West Church."

McCown says Artisan's will focus on late-night hours, for both bar service and food. The restaurant has started working with an architect, but doesn't plan to make too many changes to the space – "We'll transfer the look we have now," says McCown.