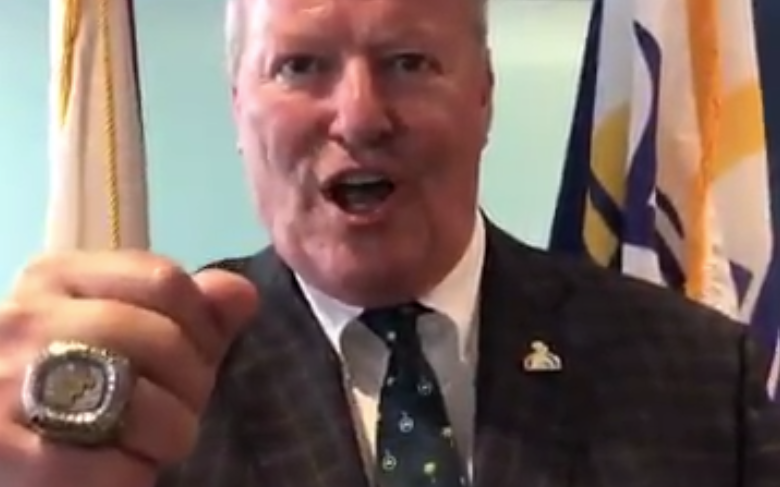 After wrapping up the 2017 season with perfect 13-0 record and winning the Peach Bowl, the University of Central Florida football team decided to give Orlando Mayor Buddy Dyer a "national champions" ring.

Dyer showed off the gigantic ring via his Twitter account, saying, "It was an unforgettable year for Orlando’s Hometown Team. I’m honored to receive my @UCF_Football undefeated national championship ring." The tweet also features a brief video of Dyer staring at the camera and saying, "Go Knights! Charge on!"

It was an unforgettable year for Orlando’s Hometown Team. I’m honored to receive my @UCF_Football undefeated national championship ring.#ChargeOn pic.twitter.com/x4RTPUec0A


As you're probably well aware by now, despite not actually winning, or even playing in, the College Football Playoff National Championship, the program has decided to give themselves that honor anyway.

Last month at their spring football game, UCF emblazoned the phrase "2017 National Champions" on the side of their press box at Spectrum Stadium.