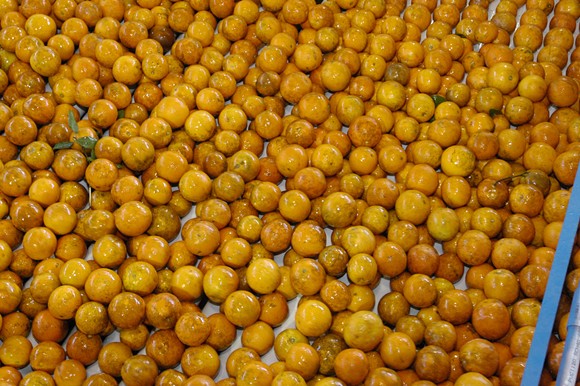 After a disheartening growing season – with Hurricane Irma taking a heavy toll on an already jilted industry – Florida citrus farmers are facing their lowest yield in eight decades.

“Overall, the profitability of the citrus season is projected to decline with reduced production and higher production costs despite higher prices at market with total grower revenues that are projected to decrease by at least 30 percent in the wake of a tumultuous hurricane season,” says Marisa Zansler, the chief economist at the Florida Department of Citrus, in her March review of the 2017-2018 season.

Similarly, this season’s grapefruit crop took a significant dip as well, with a 50,000-box decline from a month earlier – a 49 percent downturn from the 7.76 million boxes harvested last season.

Prior to Hurricane Irma’s impact, some early estimates expected Florida’s citrus industry to be on the rise this season after a multi-year slump, especially as the industry has begun to see success in their fight against HLB, or citrus greening.

To combat the hurricane’s toll, Congress provided a $2.36 billion disaster aid package to help compensate growers’ losses due to various natural disasters. Growers could get as much as $500,000 in assistance, Florida Citrus Mutual chief executive Mike Sparks told The Ledger.

But even as dire as the situation has become in recent years, industry officials are trying to keep the spin positive.

“With everything Florida citrus growers have gone through this year, we consider today’s forecast to be relatively stable and not unexpected,” says Shannon Shepp, executive director of the Florida Department of Citrus, in a news release. “This is an industry choosing to remain optimistic about the future. And part of that optimism comes from the support we’ve received from policy makers, industry and consumers.”