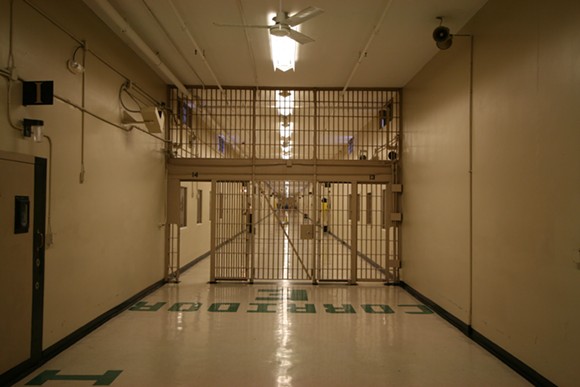 Despite warnings that cuts to substance-abuse programs and transition services could result in more prisoners behind bars, the Senate appropriations chairman said Thursday lawmakers aren’t planning to plug a $28 million budget gap at the Florida Department of Corrections until next year.

Corrections Secretary Julie Jones announced last week she is slashing contracts with nearly three dozen substance-abuse and re-entry providers —- programs considered integral to reducing recidivism and helping inmates transition back into society —- by at least 40 percent because the money is needed to cover the cost of a contract for prison health services.

Lawmakers will begin working after the November elections to prepare for the 2019 legislative session.

“What I would encourage our partners who are facing these cuts to do is to double-down on their efforts to find efficiencies and understand that, when we return in November, this is going to be something that many of us are eager to address,” Bradley, R-Fleming Island, told The News Service of Florida on Thursday.

Jones said the cuts, which are already being implemented in time for the July 1 start of the new fiscal year, were necessary because lawmakers did not fully fund the corrections agency, which is running about $80 million in the red.

The reductions were announced as Jones finalizes negotiations on a renewed contract with prison health-care company Centurion, hired by the secretary in 2016 in an emergency, no-bid agreement after one private vendor quit years before its contract was up and before she fired another vendor.

Contractors that provide substance-abuse and re-entry services to the prison system had hoped the Joint Legislative Budget Commission, a panel of House and Senate members with the power to make funding decisions when the Legislature is not in session, would steer additional funds to the Department of Corrections to avoid the program cuts.

Corcoran blamed the Senate for the corrections agency’s financial woes, saying the House had proposed higher funding but agreed to the Senate position as part of budget negotiations. It’s not unusual for the two chambers’ early budget proposals to differ, and both the House and Senate eventually signed off on the final budget.

"It's got to be fixed and it will be fixed," Corcoran said of the Department of Corrections funding problems.

But contradicting Corcoran, Bradley said the corrections department —- and the affected contractors —- will have to live within the $2.4 billion budget lawmakers approved for the agency in March during the regular legislative session.

An appropriation of $437 million was about $55 million short of what corrections officials estimated they will need for inmate health care, which includes pharmaceuticals, according to documents distributed by the agency last week.

“I think the budget that passed off the floor and was signed by the governor in March is the budget that’s going to hold through the next fiscal year,” Bradley said.

After the session ended, Jones and Centurion negotiated a 12-month agreement “that resulted in the DOC having to spend an extra $28 million on health care,” he said.

Jones is trying to finalize a deal with Centurion, the only company that responded to an invitation to negotiate with the state for inmate health services. Former prison health-care vendors —- such as Corizon Health, which in late 2015 notified the state that it was walking away three years early from a five-year, $1.2 billion deal —- have complained that they lost money on the contracts.

After ordering the cuts to the substance-abuse and reentry programs, Jones is shifting funds within the agency, something she is authorized to do when the Legislature is not in session.

That will ensure that the agency has the money for a new contract with Centurion, department spokeswoman Michelle Glady told the News Service.

“We need to show that funding is there before we award a contract,” she said.

Bradley, a lawyer who formerly chaired the Senate Criminal and Civil Justice Appropriations Subcommittee, defended Jones’s decision to cut the services, saying she runs the risk of federal intervention if the agency fails to fulfill its “constitutional duty to provide health care services” to inmates.

“That is an unacceptable outcome. The secretary is doing what she believes is necessary to comply with this constitutional mandate,” he said.

Regarding next year’s budget, Bradley said he is “confident that that we will be able to not only meet all of our health care needs but also be aggressive in our funding of substance abuse and reentry programs in the Department of Corrections.”

But Florida Alcohol and Drug Abuse Association Executive Director Mark Fontaine said workers whose jobs are on the line —- and affected clients —- can’t wait that long.

By Fontaine’s estimate, about 600 people will lose their jobs due to the program cuts, and providers whose contracts aren’t eliminated will lose up to 45 percent of their capacity.

“So at that point, each provider will have to make a decision about what they can do to continue to provide these services,” said Fontaine, whose association represents providers.

The 43 percent reduction in community substance-abuse beds means that drug courts will have restricted access to diversion programs considered good alternatives to prison, according to Fontaine.

Some of those courts “certainly will send those offenders to prison, and that will increase the population,” he predicted.

Jones is also slashing treatment to inmates inside prison by up to 48 percent, “which means that more people will be getting out without the substance-abuse treatment that they need,” Fontaine said.

Other inmates getting released from prison won’t have access to therapeutic programs designed to aid their transition to the community. Advocates maintain the programs have been shown to reduce recidivism.

The annual savings from the reduction or elimination of the 33 affected contracts range from as little as $38,000 to more than $3 million, according to documents provided by the Department of Corrections, and total $28 million.

“The contracted substance-abuse funding is only 1.5 percent of the department’s $2.4 billion budget. Hard to believe there aren’t other options available,” Fontaine said.

The dust-up over the health-care budget may spur lawmakers to reconsider hard-line positions on issues such as criminal sentencing. Florida has one of the largest prison systems in the nation but has been slow to adopt some cost-saving criminal justice changes enacted by other states such as Texas and Georgia.

Advocates for reform have pushed the state to reduce mandatory-minimum sentence requirements for non-violent offenses, such as those involving drugs, and to do away with a requirement that all prisoners serve 85 percent of their sentences before being considered for early release.

According to Bradley, Florida’s corrections system is designed to serve between 80,000 and 85,000 inmates but is home to about 97,000 prisoners.

“That is not a sustainable system,” he said. “If we were to cut 10,000-15,000 inmates from the system, I think we would be right-sized. To me, that’s the reality and has been the reality for a long time and is something that many of us have been preaching for a long time.”

Bradley said he intends to lead the crusade to do away with mandatory minimum sentences for drug crimes.

“It’s insane that judges’ hands are tied when they are confronted with an individual who is an obvious addict, who is not a drug kingpin and the judge is required to sentence that individual to three, 10 or 15 years, when that individual has the ability, if they receive proper treatment, to be a member of society. That is insane,” said Bradley, a former prosecutor. “It doesn’t work and it’s contributed to the fact that we have too many people incarcerated in the state of Florida.”