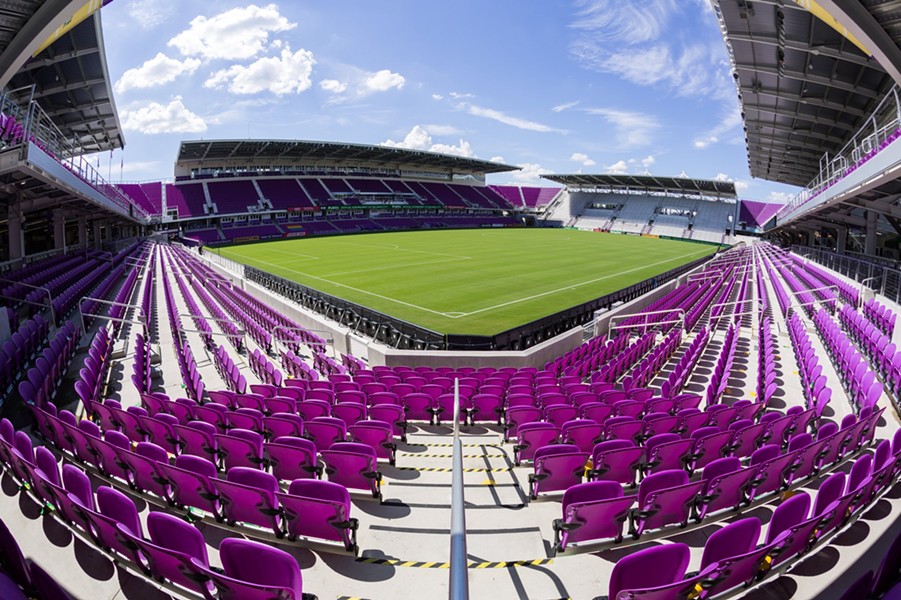 As if Atlanta United snapping Orlando City’s six-game winning streak on Sunday night weren’t enough, Orlando City fans decided to throw salt in their own wounds by trashing their own field.

Fans began throwing debris onto the field following each of Atlanta's two goals and after shouts of a foul were waved away. To say the least, they acted like assholes.

In a news release on the franchise’s site, it reads, “Orlando City SC does not support or condone the unacceptable actions taken by fans at Orlando City Stadium during Sunday’s match against Atlanta United. Fans are strictly prohibited from throwing debris or objects onto the field. The Club is using available resources to identify offenders, who will be penalized for their behavior in accordance with Major League Soccer and Orlando City Stadium regulations.”

“Orlando City SC takes great pride in the passion of its supporters and how they make Orlando City Stadium the most difficult venue to play at in MLS, but the safety of fans, players, officials and staff members is our top priority.”

“This crowd, we can’t be that. We can’t do that,” he said. “We certainly want to be a very, very difficult place to play. We need to show the right amount of restraint in that moment to not be throwing on the field. We just can’t, can’t do that.”