Even without the beer showers, indie-rock heroes Guided by Voices are still rock & roll embodied 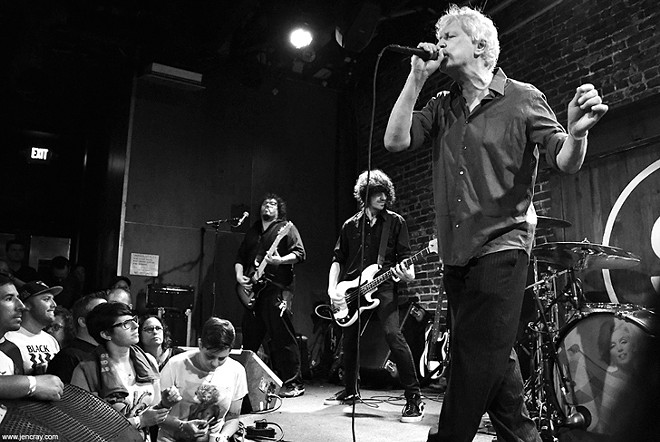 THIS LITTLE UNDERGROUND
Guided by Voices, The Social, May 16

Though they've calmed down quite a bit, Guided by Voices’ Orlando shows in particular are the stuff of legend, as this 2004 article by the Sentinel’s former music critic Jim Abbott details wonderfully. Around the turn of the millennium, their in-town appearances incited the kind of wildness that bests even the most unchained punk, metal and shock-rock shows. Oh, the things I saw. Shit, the things I did. The only reason the memories haven’t been washed away by the river of alcohol I drank at those shows is because of the sheer luridness of those beer-sprayed nights. And even with that level of consumption, I ended up wearing as much as I drank. It’s the kind of reception that necessitated frontman Robert Pollard to upgrade his stage wardrobe at one point in the early 2000s to a rain poncho and goggles. For real. 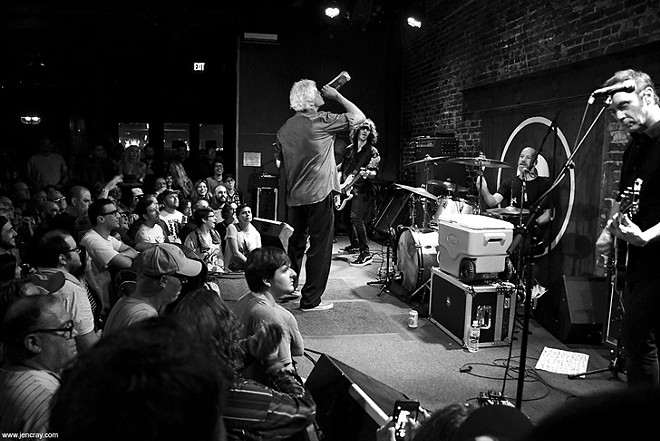 The whole shitshow was like those paintings of the famous Roman bacchanals, except in full motion and set to a rock soundtrack. Man, what a time it was. Total fucking insanity. And the most subversive part? It was all for a melodic indie rock band.

That monkey house scene, however, is no more. No question, GBV fans here are still more spirited than most indie-rock crowds half their age, but the only thing anyone was drenched in this time was sweat. Stuff like that can’t last forever. Nor, perhaps, should it. The band’s famous beer tub is gone, replaced now by a slightly more sensible beach cooler. But the sound and the heart, thankfully, beat on.

What showed up onstage this time was a refreshed Guided by Voices lineup that can kick it out with the vim, commitment and endurance to match the classic, evergreen shine of their songs. In fact, that arsenal is freshly stocked with this year’s new album, Spacegun, an excellent record that’s their best in years and equal to their prime material. And between the songs and the execution, this was a good, stout performance. How many bands do you know who bash it out with barely a pause for over two hours straight before an encore, and then drop in and soldier on for another breathless half hour? And how many of those are powered by a sexagenarian? Exactly. 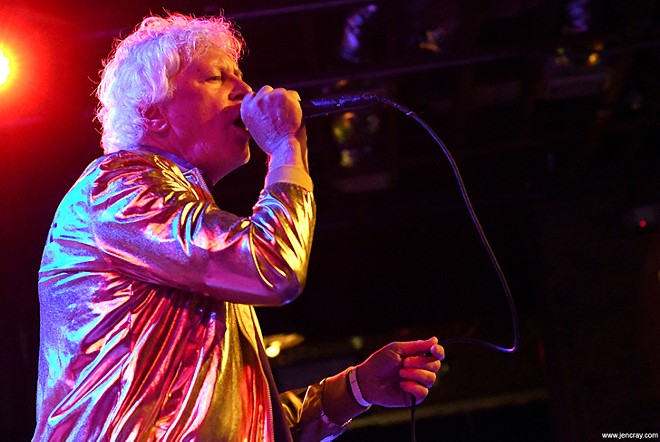 Pollard couldn’t help but reminisce a little about those old Orlando shows though. But like he said about all that beer, “I like it better in you than on me.” Even though those fabled shows are past, this is anything but a band ready for pasture. They’re still indie rock’s good-time band and still 100 percent rock & roll. They’re both survivors and saviors. And they are still without peer. GBV forever. 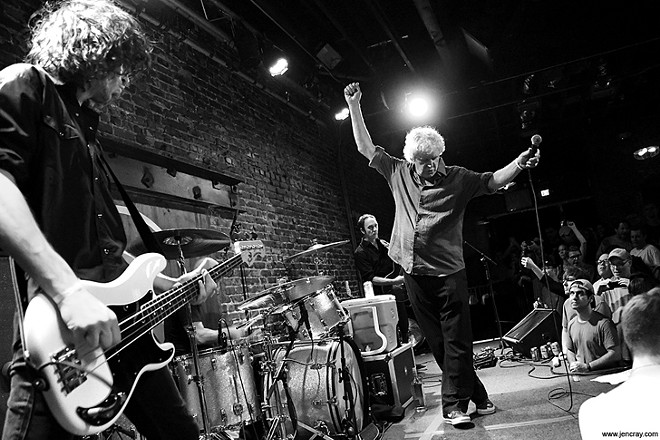