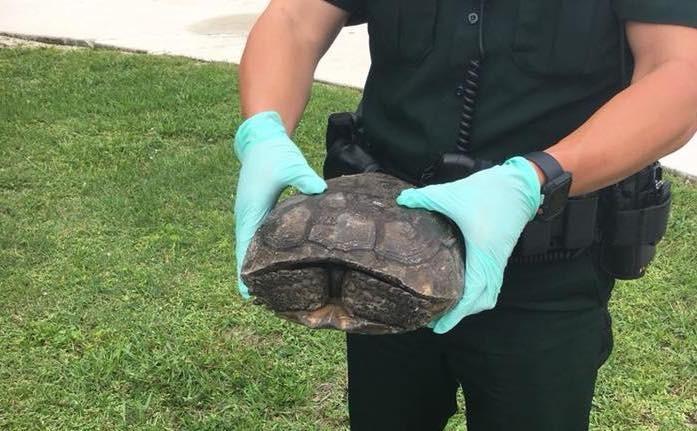 A Martin County Sheriff’s Deputy responded to a call Sunday night regarding a "man down" at Seabranch Preserve State Park in Stuart.

It turns out that the man was on the ground searching for a female gopher tortoise after already pulling two gopher tortoises from their hole, according to a Facebook post made by the Martin County Sheriff's Office.

The 28-year-old man, Robert Lane, admitted to police that he planned on taking the threatened species home to consume and had done so before.

He now faces charges relating to poaching on state property, and the case has been turned over to the Florida Fish and Wildlife Conservation Commission.

Gopher tortoises are federally protected due to their threatened status. They are known to dig large, deep burrows, which also provide a home for other species, including mammals, reptiles, insects and more.

These specific tortoises have had a rough go of it in Florida. In 2015, a Florida woman threw a land-dwelling tortoise into a lake to "save" it.

In fact, just on Friday, a man was arrested for dumping red paint in the burrow of a tortoise.

Don't worry, though. Raphael, the name given to the tortoise, was taken to Swamp Girl Adventures, a nonprofit that helps rescue animals, and cleaned up. 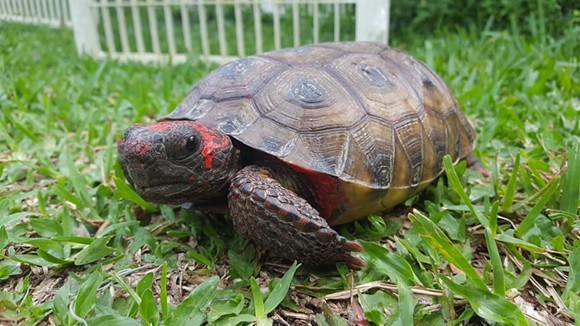