Guitar god Buckethead brings the art of the shred to Orlando 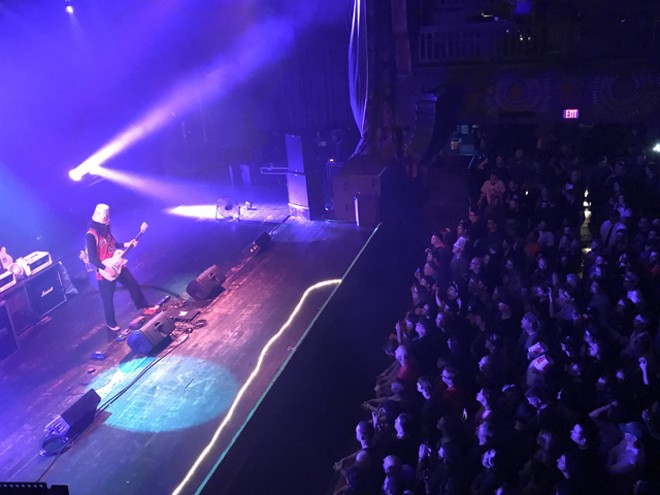 THIS LITTLE UNDERGROUND
Buckethead, House of Blues, May 20

Virtuoso guitar music – music crafted solely for the purpose of showcasing a soloist’s aptitude on the electric guitar – is definitely a niche thing. By its very nature, the idea is ludicrous, a conceit that appeals only to academics and freshman rock dorks. It’s so one-dimensional and ripe for total self-indulgence  that only a certain set can subscribe to it. Those who are into it are devoted, Kool-Aid and all. For everyone else, though, the contrivance is just too much. And outside of the superhuman technique, the music can be laughable. Have you ever just listened to Yngwie Malmsteen?

Buckethead, however, is different. For one, he doesn’t take himself too seriously. Exhibit A: the mask and signature Kentucky Fried Chicken bucket on his head. Goofy as shit, right? He thinks so, too! Compared to that image, every other famous shredder just looks baroque. 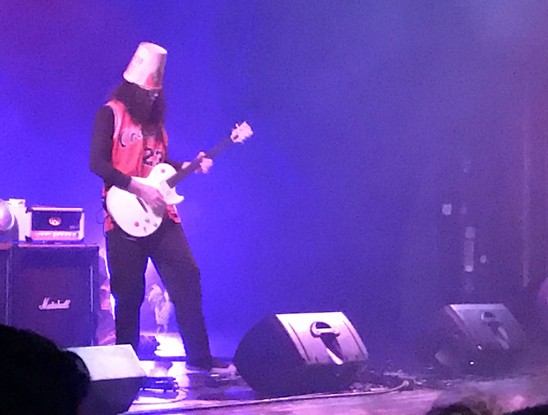 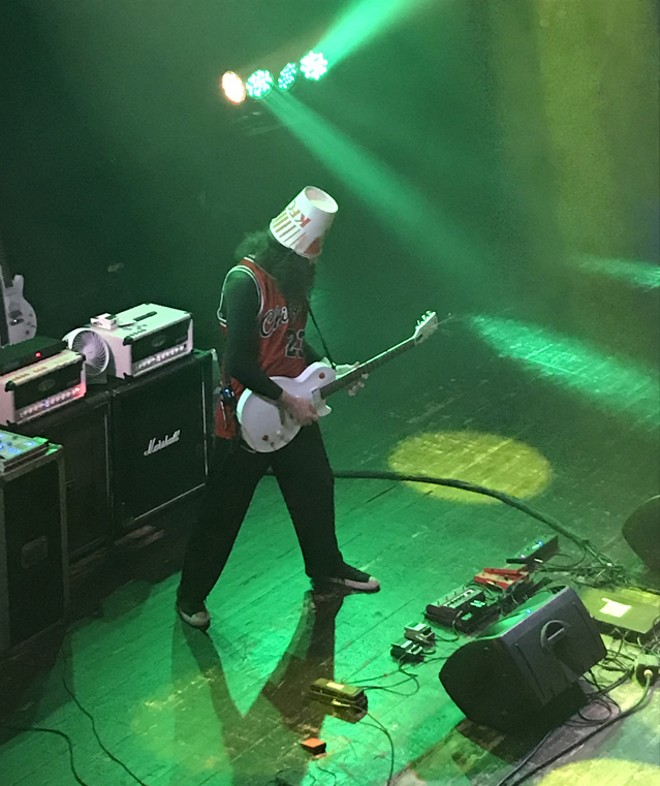 The joke, however, ends there because Buckethead’s chops are as airtight and dazzling as they come. He navigates his blinding licks like he’s on rails, working his hand spiders with astonishing efficiency and mastery. It’s part surgery, part ballet, all lightning. What further makes him a true modern innovator is how he works the non-string parts of his guitar and other technology with the creativity of a turntablist:

His music, too, is actually palatable, with something for practically everyone. He rides lots of big riff-rock, of course. And, naturally, he hits genres that are traditional stages for guitar dynamos like metal, blues-rock and funk. But there’s also some barnstorming honky-tonk and some avant-garde laser symphonies that played like live video games. So even though it was a clinic on the electric guitar, it didn’t feel like one. Instead, it was pure show. And even if I couldn’t listen to Buckethead’s records daily – or weekly, or monthly – I’d go see him any day. 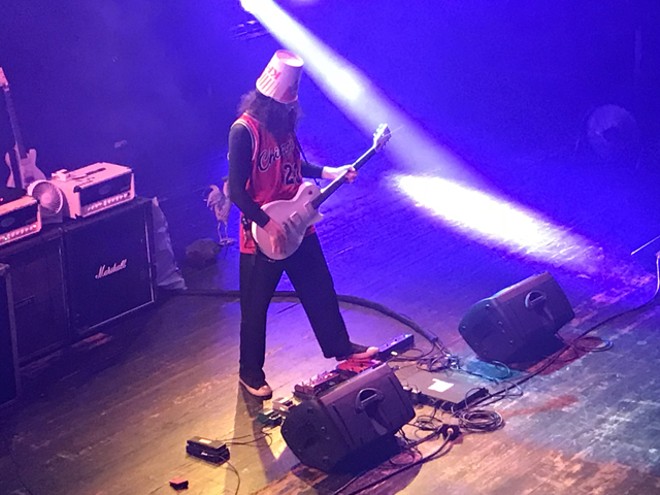 More than almost all other kinds of performances, virtuosos are far and away best when experienced live. Besides the above-mentioned technical wizardry, though, a Buckethead concert is much more show than just that. 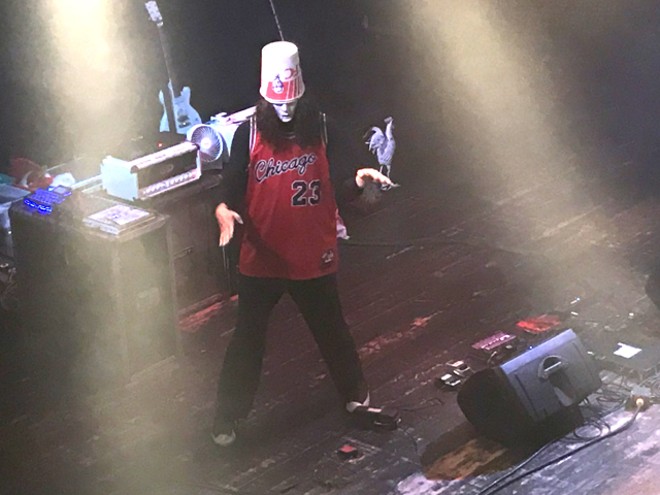 He also flashes some legit robot dance moves and swings the nunchucks, which isn’t too much stranger than seeing a guitarist rip it up with a KFC bucket on his head in the first place. And there’s also his show tradition of exchanging toys with his fans. All of it’s a weird wonderland of fun, fellowship and six-string fireworks for more than just guitar nerds. 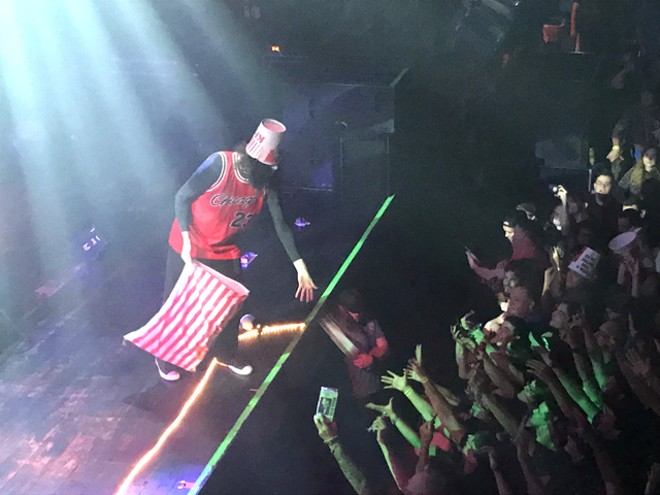