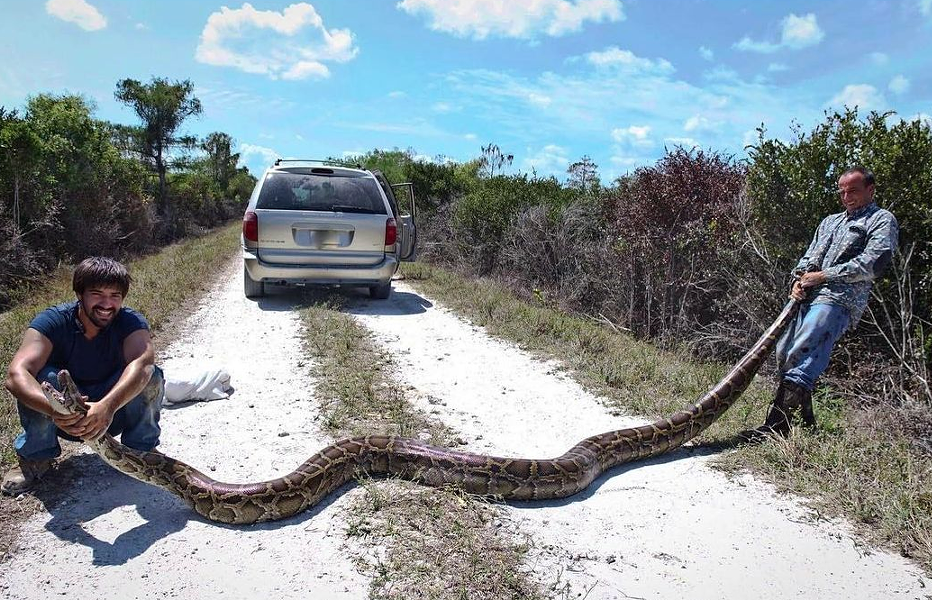 There are now 1,000 less invasive Burmese pythons in Florida.

The district pays hunters $8.10 an hour to hunt these beasts, plus bonuses based on size. According to SFWM, Hargrove has been one of the best snake hunters this past year, catching 115 so far.

While 1,000 snakes sounds like a lot, it's actually only a handful of Florida's robust Burmese python population. While no exact number is know, officials believe there are tens of thousands.

Brian Hargrove caught the 1,000th Burmese python as part of SFWMD’s Python Elimination Program early Saturday morning. Hargrove has been the program’s most prolific hunter, eliminating more than 110 of the invasive snakes. pic.twitter.com/RMGnM0VSIq


Burmese pythons, which are capable of laying 50 to 100 eggs at once, have been offloaded into the Everglades by unsatisfied owners for decades, says the FWC. As a result, the non-native snakes have reproduced into a sizable population and pose a significant threat to indigenous birds, reptiles and mammals. Alligators aren't even safe.

Florida has witnessed quite a few bizarre Burmese python records as of late. In March, a Burmese python broke a record by regurgitating a deer larger than itself and in April a python with a tracker device led researchers to a record-breaking snake sex party.