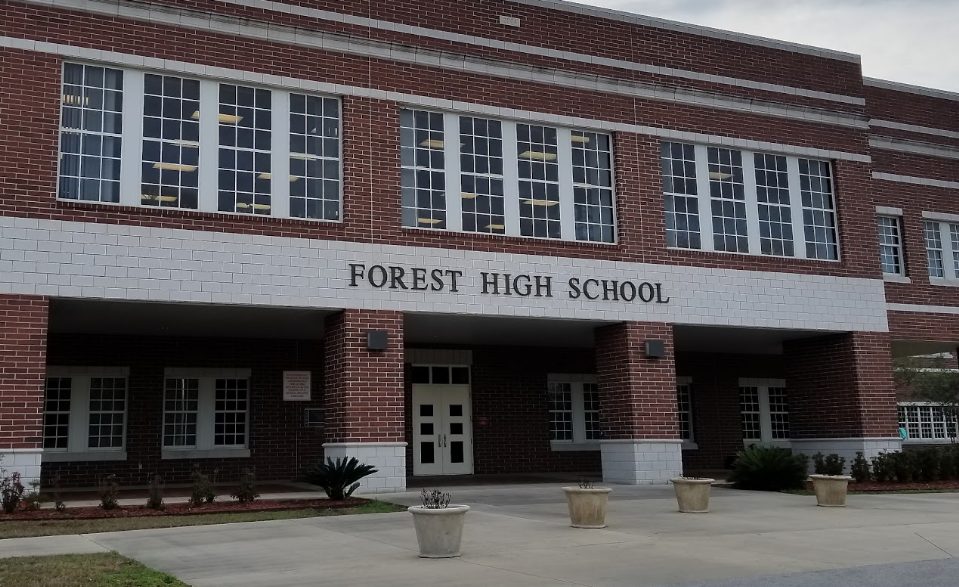 The former student at Forest High School in Ocala who carried out a shooting on April 20 that left one student injured faces five charges, including armed burglary.

The State Attorney’s Office will not pursue charges of aggravated assault or culpable negligence, nor will he be charged with terrorism, since Bouche’s crimes don’t meet the definitions provided by Florida statutes, according to a prosecution memorandum. However, some of his charges were enhanced due to their relation to an act of terrorism.

Bouche pleaded not guilty on May 1. No other court dates have yet been scheduled.

How he carried out the shooting, as reported by the Star Banner:


Bouche entered Forest High school ... the morning of April 20 carrying a tactical vest and gloves in a bag and a 1930 sawed-off shotgun in a guitar case, according to law enforcement officials. After donning the vest and gloves in a restroom, Bouche walked out into a second-floor hallway and headed to the classroom door directly across the hall from the restroom.

The former Forest student fired a shot at the door around 8:30 a.m. The shot hit a 17-year-old male student, who was standing on the other side of the door, in the ankle. Several students and teachers thought the noise from the gunshot was a large heavy metal trash can falling over.

Bouche dropped the shotgun and put his hands in the air and eventually surrendered to a teacher. He was placed under arrest without incident by the school resource officer.