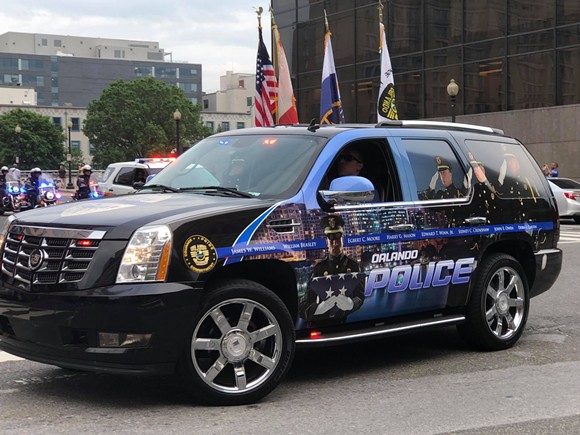 Orlando Police Department became one of the first American police stations to test Amazon's facial recognition technologies, which can be used to identify pedestrians on their streets.

By using Amazon Rekognition, OPD can spot people in real time, in contrast to the former method of comparing still photos to a person's mug shot.

Orlando Police Department said in a statement that the system is still in the "pilot program" phase and is not being used as an investigative tool quite yet. The technology also has not been set up in public spaces and there is still no word on when it will be implemented.

To use Amazon Rekognition, a photo must be uploaded as a comparative device for the system to base its search on. According to Amazon, it can "detect, analyze, and compare faces for a wide variety of user verification, cataloging, people counting, and public safety use cases."

Currently, there are no laws in place regarding the practice of real-time facial recognition and it has not been tested in high court.

This morning, a coalition of 40 civil rights groups including the ACLU, CAIR and Demand Progress released a letter calling on Amazon to stop selling the program to local law enforcement agencies, stating it would lead to the expansion of surveillance of vulnerable communities.


We write today to express our profound concerns about your company’s facial recognition system, Rekognition. We demand that Amazon stop powering a government surveillance infrastructure that poses a grave threat to customers and communities across the country. Amazon should not be in the business of providing surveillance systems like Rekognition to the government. Amazon touts itself as a customer-centric company and directs its leadership to “work vigorously to earn and keep customer trust.”1 In the past, Amazon has opposed secret government surveillance.2 And you have personally supported First Amendment freedoms and spoken out against the discriminatory Muslim Ban.3 But Amazon’s Rekognition product runs counter to these values. As advertised, Rekognition is a powerful surveillance system readily available to violate rights and target communities of color.