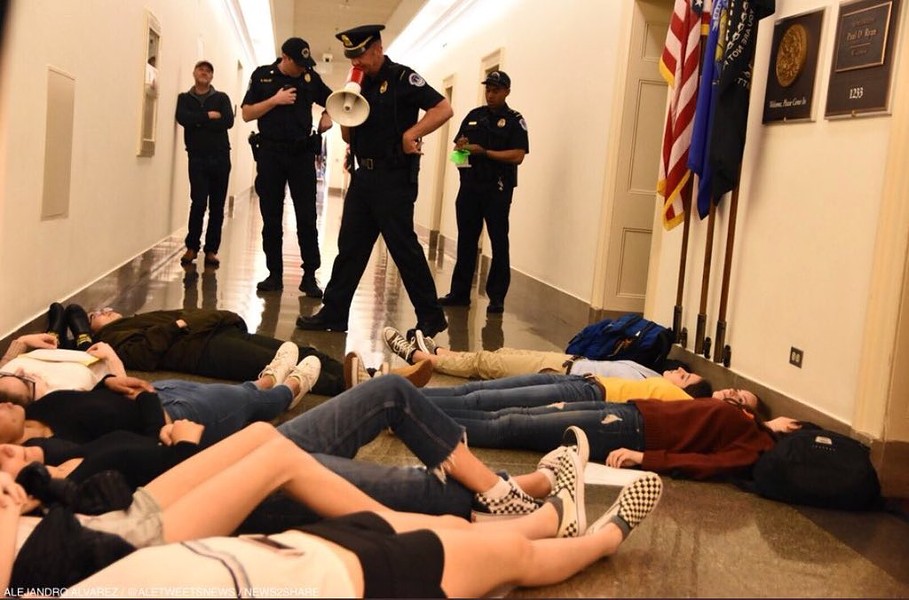 In the wake of a Tampa Bay Times report showing that Publix has given an unprecedented amount of support to GOP candidate for governor and self-described "Proud NRA Sellout" Adam Putnam, survivors of the school shooting in Parkland that left 17 dead are calling for a protest of the Lakeland-based grocer.

David Hogg, an outspoken NRA critic and school shooting survivor, took to Twitter this morning calling the grocery chain an "NRA Sellout" for their continued support of Putnam, and asking people to participate in a "die in" at their local Publix beginning at 4 p.m. on Friday May 25.

.@Publix is a #NRASellOut
In Parkland we will have a die in the Friday (the 25th) before memorial day weekend. Starting at 4pm for 12 min inside our 2 Publix stores. Just go an lie down starting at 4. Feel free to die in with us at as many other @Publix as possible.

Hogg's pressure on Publix plays on the string of outrage following news of the Polk County grocer donating $670,000 to Putnam over the course of his career. Earlier this week, people began tweeting photos of their receipts from Publix competitors along with the #BoycottPublix and #TweetTheReceipt hashtags.

Since the Tampa Bay Times report, Publix has attempted to clarify their support for Putnam, saying they only support the candidate, and not the NRA, which is arguably the same thing. Putnam, who currently has an A-plus rating from the NRA, has continuously pushed to relax Florida's already loose gun laws.

As the Times reported, Publix's connection with Putnam is deeper than just supporting the hometown candidate. As Florida's Commissioner of Agriculture, Putnam once removed failed Publix health inspections from the public website, and then changed the labeling from a failing grade to "re-inspection required."