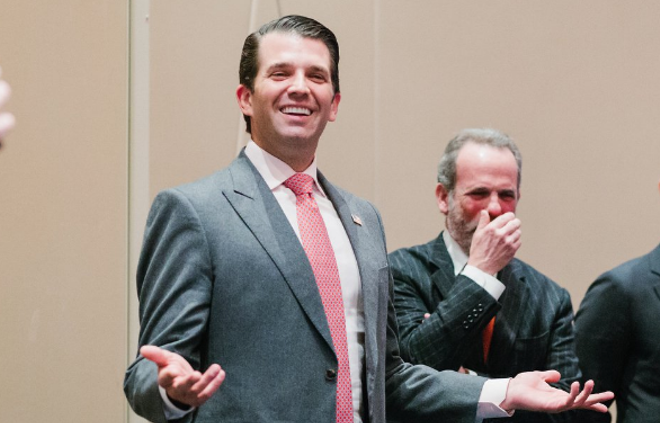 Donald Trump Jr. – yep, that asshole – is set to campaign in August for Reps. Matt Gaetz and Ron DeSantis, both of whom are golden boys in the eyes of President Donald Trump.

On (possibly) June 27, Trump Jr. will rally for DeSantis, who’s running for the GOP nomination in the Florida governor’s race, in the The Villages, and Gaetz is apparently set to make an appearance as well, the Tampa Bay Times reports.

Then, on Aug. 2, Trump Jr. will also appear at a reelection rally in Gaetz’s North Florida district, even though Gaetz was just elected to Congress in 2016. And yes, DeSantis will there as well.

Email us at [email protected]kly.com.