Opera Orlando closes out its season by mashing up Mozart and Starfleet in 'Star Trek: Abduction' at the Plaza Live 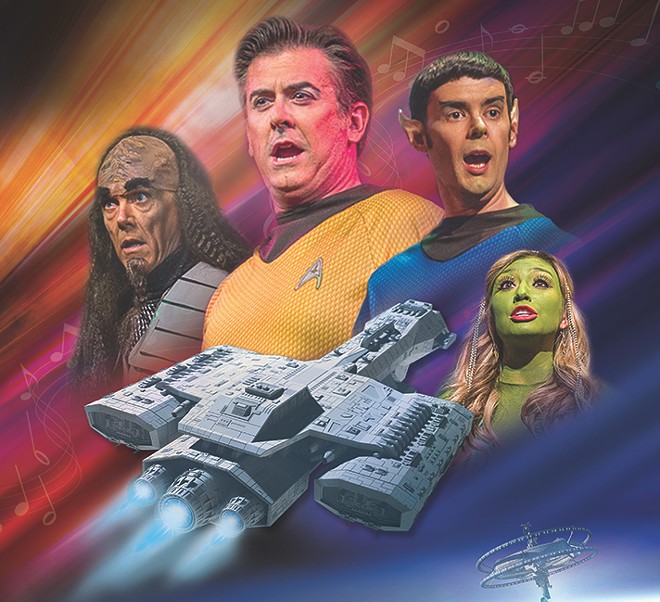 Opera Orlando concludes its season this week with a take on Mozart’s The Abduction From the Seraglio that boldly goes where no production has gone before: into the 23rd century of Star Trek lore. The libretto tells the story of a European nobleman who travels to Turkey to rescue his fiancée, who has been captured by the Pasha and forced to join his harem. And if you’re thinking that that synopsis sounds like Original Series fodder, you are exactly the intended audience. The lead is a Capt. James T. Kirk analogue, his opposition a Klingon, and the female leads are represented by Uhura and a green-skinned ingénue. This adaptation premiered at the Pacific Opera Project, and Josh Shaw, who conceived, rescripted and directed the adaptation, comes to Orlando as stage manager for these performances. Boldly go.