Trump will pardon Dinesh D'Souza, who is a speaker at the Florida GOP summit in Orlando 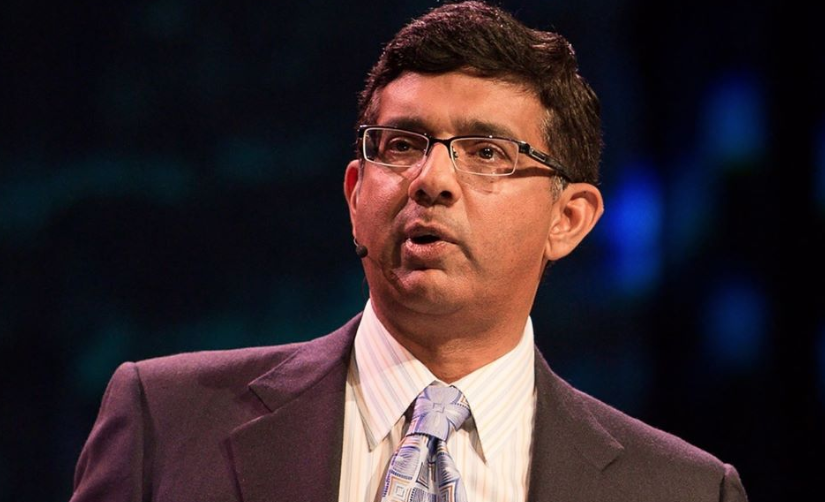 As part of his effort to "drain the swamp," president Donald Trump announced this morning that he will pardon an actual swamp creature.

Trump tweeted this morning that he plans to pardon Dinesh D'Souza, a conservative writer and convicted criminal who pled guilty to knowingly
breaking campaign finance laws by funneling contributions through a third party donor scheme.

"Will be giving a Full Pardon to Dinesh D’Souza today. He was treated very unfairly by our government!," tweeted Trump.

Will be giving a Full Pardon to Dinesh D’Souza today. He was treated very unfairly by our government!


Yes, so unfair that he actually admitted in his 2014 court hearing that he knew he was breaking the law. "I knew that causing a campaign contribution to be made in the name of another was wrong and something the law forbids,” said D’Souza, "I deeply regret my conduct."

D'Souza, who not long ago apologized for mocking Parkland shooting survivors, will be a guest speaker at the Florida GOP's annual event in Orlando next month. Upon the announcement of D'Souza as a guest speaker, Florida gubernatorial candidate and self-described "NRA sellout" Adam Putman withdrew, as well as Gov. Rick Scott.

But hey, according to Trump, D'Souza has been "treated very unfairly" by the media.

This will be Trump's fifth full pardon since being in office, which includes notable swamp specimens like Scooter "obstruction of justice" Libby and Joe "if you look Latino, you're under arrest" Arpaio.

Similar to his previous pardons, Trump will be skirting the Justice Department’s formal process for pardons, and just helping out his political allies in his typical, and much simpler, authoritarian way.