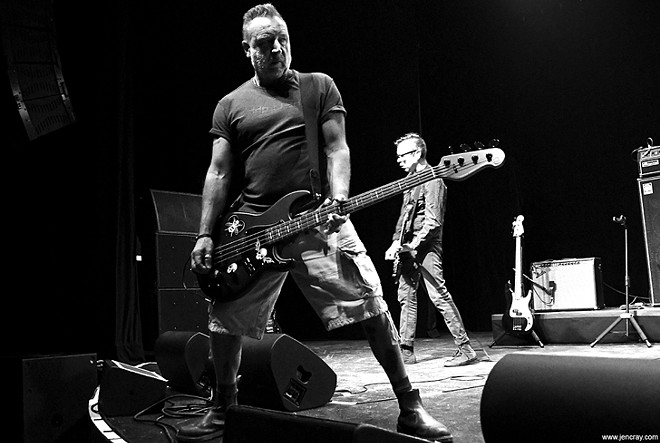 First, let’s establish one thing about Peter Hook. Like the frequency they occupy, bass players typically have a lower profile than some of the flashier members in the band. This maxim, however, does not apply to Hook. Because of his uniquely melodic and higher lead style, his fingerprints were foundational to the legendary signatures of both New Order and Joy Division. In the case of the former, the only thing that sat in the front seat of those melodies with his bass lines are their iconic synth hooks. Few bassists have had as much of a defining hand in their bands’ sounds as Peter Hook had in his. 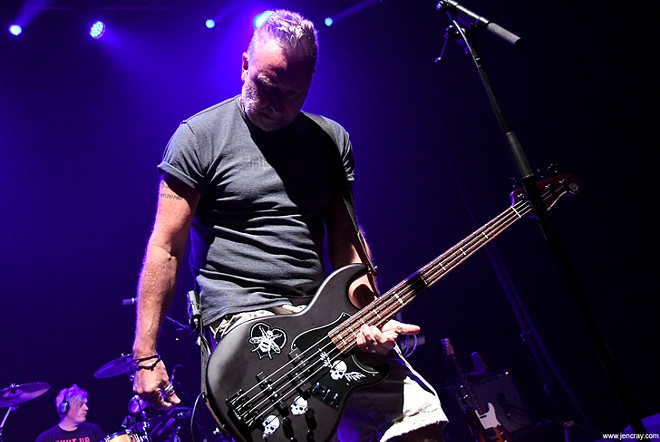 That said, when the generation-defining post-punk bassist first arrived back in 2015 to perform the music of his first famous band, Joy Division, without a single one of his original bandmates, I was, as a fan, both intrigued and concerned. But, ultimately, Hook and his new band delivered. So for this recent return of Peter Hook & the Light, there was just excitement, especially since it was essentially an all-out greatest hits cavalcade with live renditions of the Substance albums by both Joy Division and New Order. A huge chunk of the classic alternative music canon resides within those two best-of singles compilations alone. 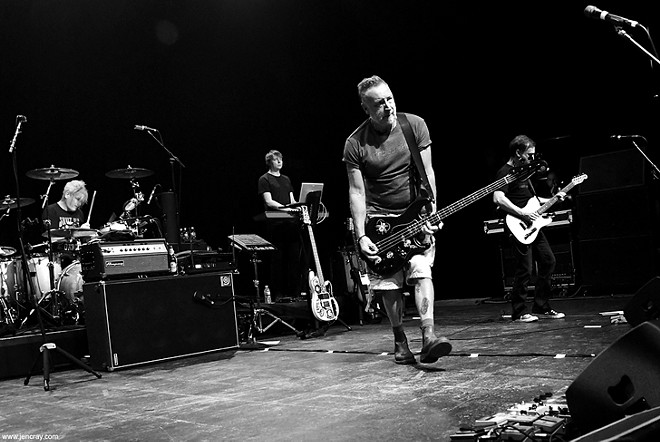 Although the feature of Hook’s 2015 swing through town was the work of Joy Division, that performance did give a solid peek at how the New Order half of this night would go since he and the Light did an opening set of NO songs. This time, the band started off with that material and played the monumental New Order collection. Once they returned from intermission, they dove into the Joy Division catalogue, effectively making the drummer and the keyboardist trade off in terms of active duty.

Just by natural register, Peter Hook’s voice hits Ian Curtis’ parts with far more fidelity than Bernard Sumner’s, sometimes needing his guitarist to carry the higher notes in the New Order songs. Then again, as “Age of Consent” proves, Bernard didn’t always hit his own parts so perfectly either. But, without a doubt, it was great hearing these classic songs played by a live band again. 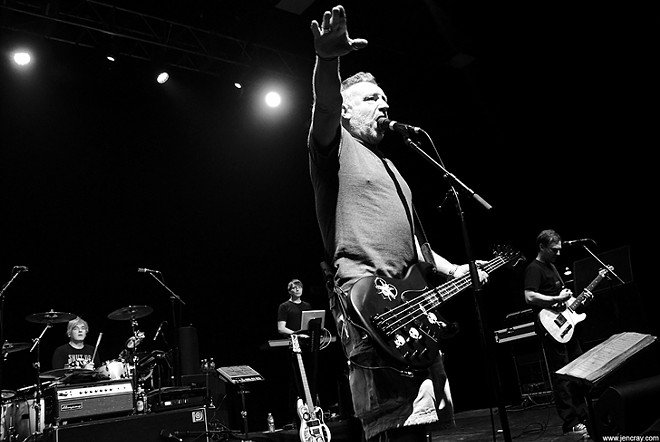 Now in the case of Peter Hook versus the rest of his original bandmates, it can be argued whether riding the coattails of your own legacy or continuing to create new but far post-prime work is more respectable. What’s far less debatable here, however, is which one makes for better listening.

When all’s said and done, few people can boast a résumé loaded with as much essential music as Peter Hook. And hearing those eternal bass lines played live by the man himself will give you some chills.