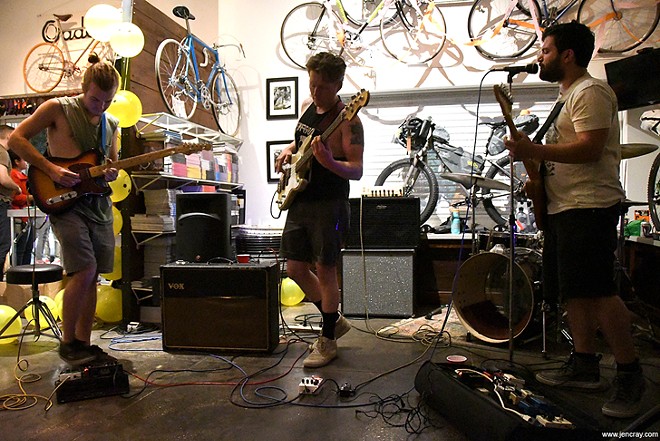 In their enterprising concert presentation tradition, the latest show organized by standout Orlando indie promoters Ugly Orange took place in yet another alternative venue, this time a bicycle shop in Audubon Park.

The touring headliner was Shell of a Shell, an emerging Nashville band on notable indie label Exploding in Sound. Their nerve-cranked sound rushes with the open and exploratory mind of post-hardcore but flexes the ambit of indie rock. It’s a thing of tension, nerve and melody that moves with interesting detail. And at their peaks, they rose like a tornado in a box.

I recently reviewed Orlando’s Julee Bruise here. But the noteworthy part of her performance this time was that Nicole Dvorak, one of show’s promoters, filled in for her on drums. DIY AF, y’all. 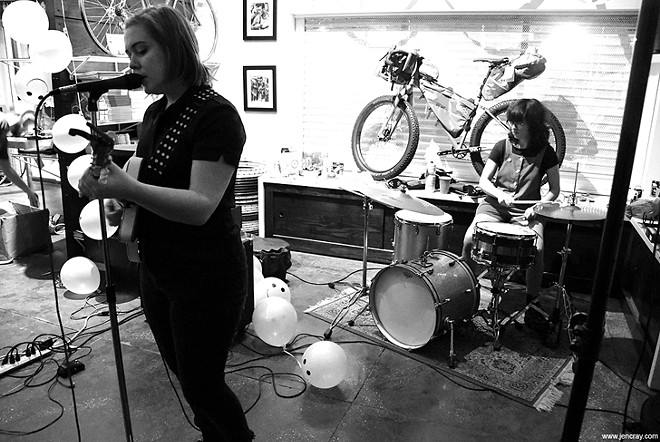 Now this is where I’d planned to review the performance by Melbourne’s Evil Virgins. But it’s not even fair to since, apparently, all but one of the members – Jon David – bailed on-site due to a time slot switch. Well, he soldiered on with Bubble Boys frontman Dani Jalali on drums even though it was rough going since they’d never played those songs together. But, walking in, poor dude didn’t expect to be abandoned by his band and Dani didn’t expect to do anything other than just be a spectator. So total credit for sheer mettle alone. Might wanna call that next band meeting tout de suite though. 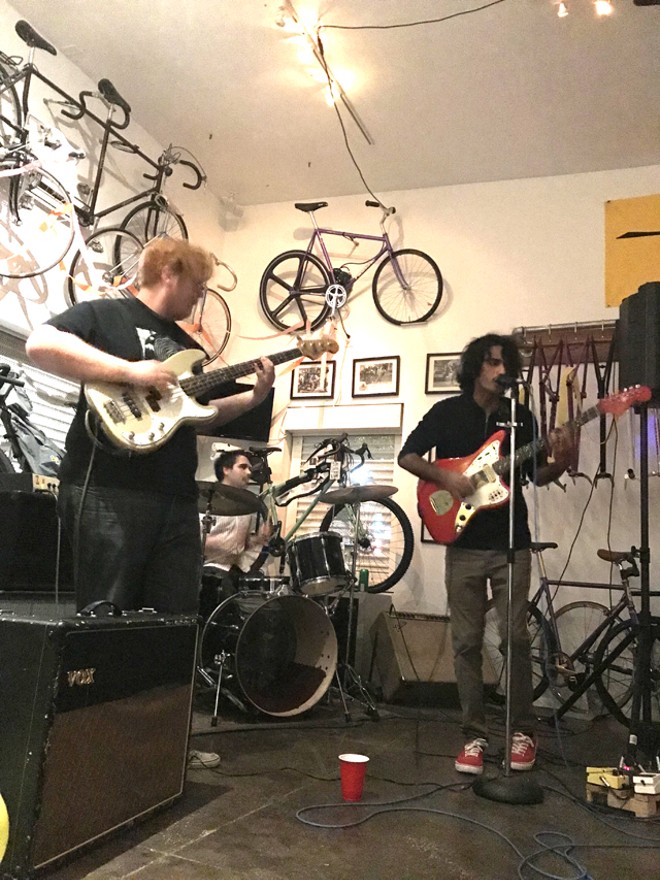 Then, all of a sudden, they rotated instruments with the Evil Virgins frontman moving over to drums, Dani taking the lead and the Welzeins’ RJ Nordstrom jumping on bass to rip some Bubble Boys songs, thereby salvaging the set with thinking that was as quick as their playing. Although, the three had never performed together at once, they were able to capitalize on some history. Both RJ and Jon had individually played bass in Bubble Boys and were familiar with some of the material. And together, on the spot with practically no notice, they all made it happen. The result? One inspired clutch play and some great punk-rock lemonade. 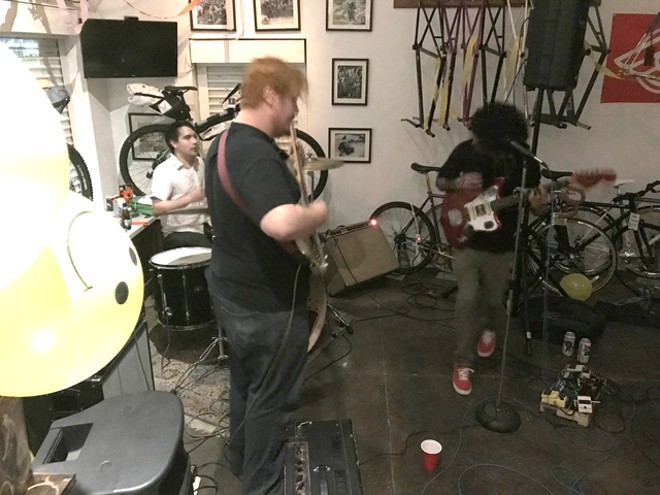