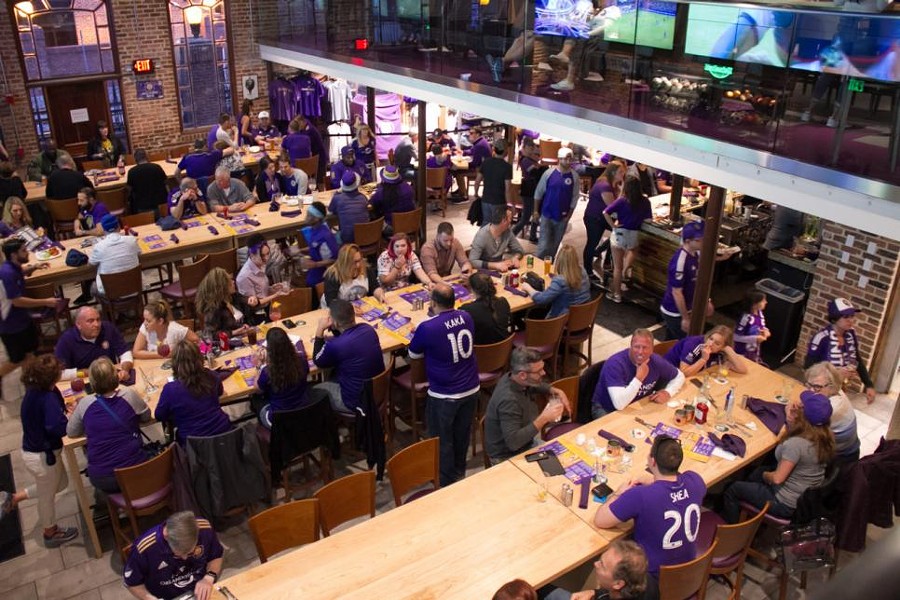 You guys: The 2018 World Cup is just one week away. I know many of you might be having a hard time with this, as the United States Men's National Team failed to qualify. You're not alone.

But, hopefully, you've found an international team to hang your hat on (vamos, Peru!) and maybe have mustered the will to fill out a bracket (I've got Germany for repeat winners, BTW).

If you're still going to watch the tournament, we have plenty of spots around town that are decking themselves out for the event. Bulla Gastrobar has their massive projection screen up and the sangria is sure to flow as la Furia Roja takes the pitch.

Today, Travel Channel released a list of America's 10 best soccer bars, and though they were listed in no particular order, Lion's Pride took the first spot on the slideshow, which is pretty awesome. The story calls out not only our Major League Soccer team, but also the Orlando Pride NWSL team.

Lion's Pride will certainly be the place to catch all the World Cup action from June 14 through July 15, and because the matches will take place starting pretty early in the morning (6 a.m. EST in some cases, thanks to the time difference between here and host country Russia), the restaurant will serve a special breakfast menu starting at 8 a.m.

They'll be showing every game simultaneously on more than 40 TVs, including the massive 200-inch projection screen at the front of the bar. They'll also be hosting a bracket challenge, which guests can participate in from now up until the first game. Participants who get all the teams correct through the final match win two free draft beers daily until World Cup 2022.

I mean, that sounds better than some lame trophy.