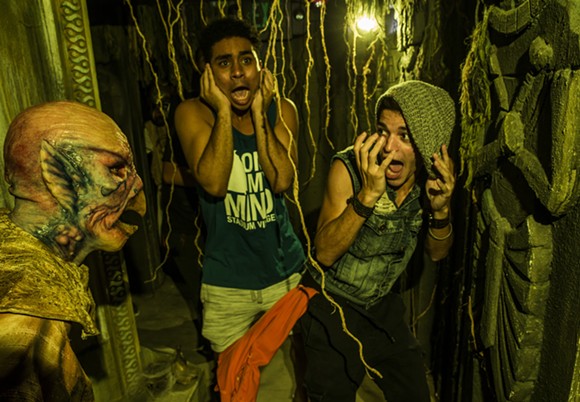 Universal Orlando announced the addition of a 10th haunted house to this year's Halloween Horror Nights.

In the 28 years the scare event has existed, this is the first time it will have this many houses. The theme of the additional room has not been announced yet but will be soon, according to Universal.

From Sept. 14 to Nov. 3, some of 1980s' best horror films will be featured at Universal Studios. Houses like Stranger Things, Dead Exposure: Patient Zero and Trick 'r Treat have already been announced, with more likely to coming over the next few months.

In addition to the 10 houses of Halloween Horror Nights, five scare zones will be also included. Throughout the park, some of the themes guests will experience include the punk vampires of Vamp 85: New Year's Eve, the possessed pumpkins of Twisted Tradition and the wicked creatures of The Harvest.

The world-renowned dance group Academy of Villains will also make a return to the frightening attraction.

Tickets and vacation packages are currently on sale and can be purchased online.