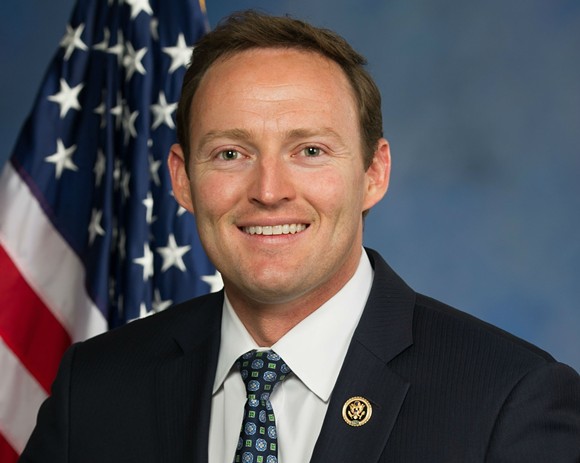 Murphy, who served two terms in the U.S. House before running unsuccessfully for the U.S. Senate in 2016, had talked about running for governor with former U.S. Rep. David Jolly, a Pinellas County Republican, as his running mate.

But in a Broward County press conference with Graham and her father, former Gov. Bob Graham, Murphy said he decided to back Gwen Graham. Murphy cited her support for issues that he has backed, including the expansion of health care, environmental protections and support for public schools.

“I have decided not to enter the race for governor because there is one Democratic candidate already demonstrating the leadership Florida needs and fighting for the values we share — and that Democrat is Gwen Graham,” Murphy said in a statement.

“I’m proud to call Patrick Murphy a close friend and am honored to have his support,” Graham, also a former U.S. House member, said in a statement. “In Congress, we worked together to ban oil drilling off Florida’s beaches and to restore the Everglades.”

Murphy and Graham share some political history, with both winning congressional seats by knocking off incumbent Republicans. Murphy won a seat that includes Martin and St. Lucie counties and a portion of Palm Beach County, by narrowly beating Tea Party favorite Allen West in 2012. Graham, who served one term in Congress, defeated Republican incumbent Steve Southerland in 2014 for her North Florida seat, which included Tallahassee.

“Gwen is also the only candidate in this race who took on and beat an incumbent Republican —- along with the NRA, Koch brothers and Washington establishment,” Murphy said. “She’s proven she knows what it takes to win.”

Graham supported Murphy in the 2016 Senate race, which he lost to Republican U.S. Sen. Marco Rubio by a margin of 52 percent to 44 percent.

The discussion of Murphy possibly running on a ticket with the Republican Jolly created a buzz in Florida political circles. It also drew a jab Thursday from Democratic gubernatorial candidate Andrew Gillum’s campaign after Murphy endorsed Graham.

“Does it come with David Jolly's endorsement too?" said Geoff Burgan, a spokesman for Gillum, the Tallahassee mayor.

But Murphy’s decision not to run solidifies the Democratic primary for governor. Five major candidates have entered the field, with less than two weeks left before a five-day qualifying period begins on June 18 for statewide and legislative candidates.

Graham, Gillum, former Miami Beach Mayor Philip Levine, and Orlando-area businessman Chris King are scheduled to participate in a debate Saturday evening in St. Petersburg. Jeff Greene, a Palm Beach billionaire who filed paperwork to run last Friday, has declined to participate in the event, according to the Florida Democratic Party.

The Democratic candidates are also scheduled to debate Monday in Miramar in an event hosted by the Service Employees International Union and other groups.