Op-Ed: I survived Pulse, now I want to change our gun laws 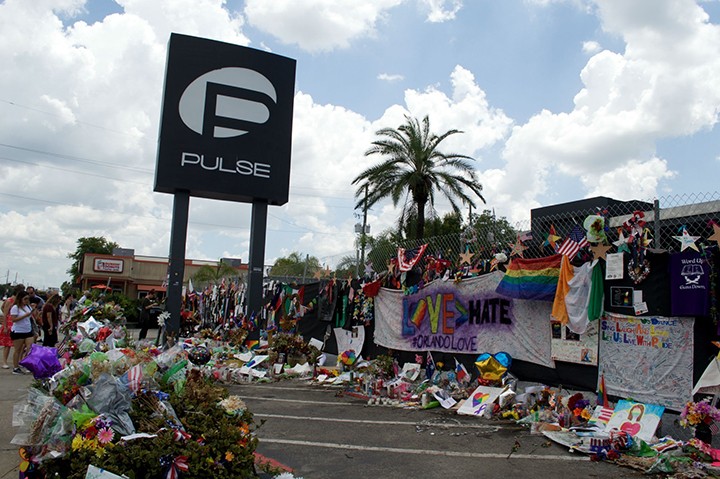 It started with an invitation. An invitation to a popular gay nightclub in Orlando, Florida: Pulse. In preparation for my night out, I decided to see a movie — The Conjuring 2 — a horror movie based on a true story. Little did I know that I would have a night of horror of my own. And my night of painting the town red would be drenched in blood.

Before the attack, I was having the time of my life. I was tearing up the dance floor and mingling with fellow club-goers. Then everything changed. I heard three loud booms, but I didn’t think much of it. I continued dancing, thinking it was the bass from the music and not the sound of gunshots. By the time I realized what was happening, screams, smoke and flashing lights filled the club. People were rushing toward me, desperately looking for exits and places to hide. I followed the crowds and moved past the bathroom where people were hiding. I managed to get out unscathed. There was a pause in gunfire, and I was compelled to go back. Before I knew it, the gunfire started again, and I watched two men heading towards the hospital – one was shot twice. I urged his friend to keep him calm as I tried to stop the bleeding. I took my bandana off and wrapped it around one bullet wound, and pressed my hand on the other, praying he wouldn’t die. I kept him level on the curb until an ambulance arrived.

I turned and saw a girl in the grass, begging to be moved because she couldn’t get up. We were told not to move her to avoid further injury, but I couldn’t ignore her cries. I picked her up and her body became cold. I put her on my lap, which saved her life; she was shot in the back and my thigh pressed against her wound. As she began to fall asleep, I slapped her face and asked her questions. Through keeping her awake, I learned her name was Kalisha, and she was a 19-year-old from Ohio. A man came to me and said I saved him as well, but I didn’t remember; everything became a blur.

I wanted to help as many people as I could, but I was later told to leave since I wasn’t a professionally trained paramedic. My phone died earlier that night and my wallet was still in the club. Without a way to contact loved ones or money to get home, I walked the streets of Orlando covered in blood. I feared for my life that night and felt helpless and alone. I thought about the victims who were still there, and the families who would learn their loved ones never made it home.

That night, I met the mother of a victim I had seen hiding in the bathroom. She showed me his frantic text messages. His name was Eddie Justice, and he was killed in that very bathroom. The girls I met that night, Akyra Murray, Tiara Parker and Patience Carter, were hiding in the same bathroom — all three had been shot. Akyra, who just graduated from high school and was ready to attend Mercyhurst University in the fall on a basketball scholarship, had died. At 18 years old, she was the youngest Pulse victim. Her life was drastically cut short due to gun violence and someone with easy access to military-style assault weapons.

Forty-nine people lost their lives that night, and another 38,000 will lose their life this year to senseless gun violence. I’ve joined Pride Fund’s Board of Advisors, so I can be a voice for the survivors and victims of Pulse, Las Vegas and every shooting to come.

Pride Fund’s mission to save lives starts by supporting candidates on the federal and state level who will act on sensible gun reform and champion for LGBTQ safety and equality. Pride Fund and I are turning tragedy into action through a focus on common-sense gun reforms like enacting background checks, limiting ammunition sales and preventing those convicted of hate crimes from purchasing guns.

Members of Congress, reluctant as they are to cross the NRA, can effect change. They can address the easy access to assault weapons, large-capacity magazines and ammunition sales. They can address our safety, rather than focusing instead on the safety of their own seats, courtesy of NRA cash.

If members of Congress won’t prioritize our safety, then we have the power to find those that will.

Christopher Hansen is a survivor of the June 12, 2016, shooting at Pulse nightclub in Orlando, and a member of the board of advisors for the Pride Fund to End Gun Violence.