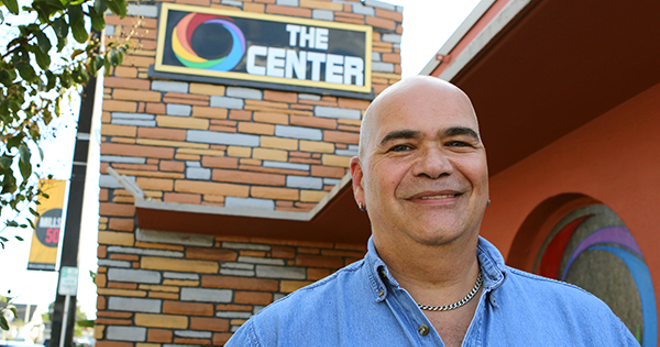 Terry DeCarlo, the communications director at the LGBT+ Center Orlando, announced he's resigning from his position at the Center today.

"I hope during my tenure at the agency, going through a complete facility overhaul to give Orlando a nice place to call home and then helping the community through one of the darkest times in history, that I made you proud," DeCarlo wrote in a Facebook post, referring to how the LGBT+ Center Orlando became a safe space for the community following the June 2016 mass shooting at the Pulse nightclub.

In an interview with WMFE host Matthew Peddie this morning, DeCarlo said his role at the Center had "taken its toll. So it was time to move on for health reasons, for relationship reasons, just to get our lives back on track."

Prior to his role as communications director, DeCarlo was the Center's executive director until last year.

"Thank you again Orlando for all your love and support over the past four years and with all we have gone through together, we remain #OrlandoStrong #OrlandoUnited," DeCarlo writes.

A second Center location is set to open in Kissimmee this summer.