The two foals, Youka and Zalika, were born within the past couple of months and share striking similarities with their mothers, not only in their stripe pattern but in their behavior and demeanor, according to Disney.

Laylee's foal, Youka, is much more outgoing and curious than Zalika, Zuri's foal, which are learned behaviors.

The stripy new additions can be found at the Gorilla Falls Exploration Trail.

Grevy's are the currently the most endangered zebra species and have historically inhabited the semi-arid scrublands and plains of East Africa, according to the African Wildlife Foundation. Habitat loss and being hunted for their skins, as well as being used for food and medicine, have led to their dwindling numbers. Grazing and competition for water has also made it difficult for the foals to survive. 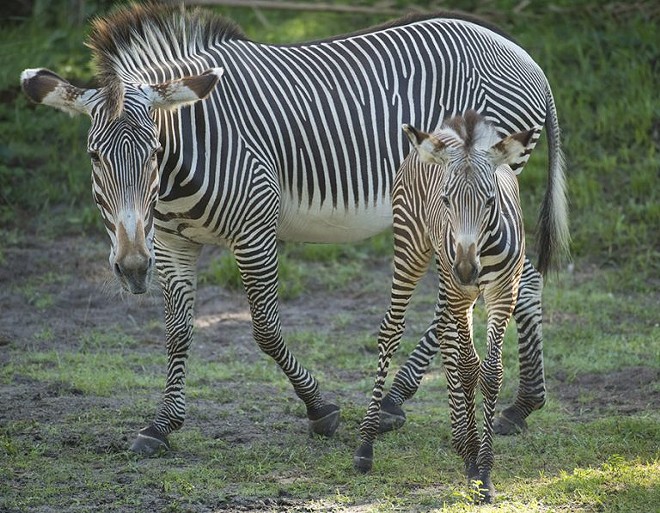