GoFundMe set up for Orlando Police officer shot in standoff 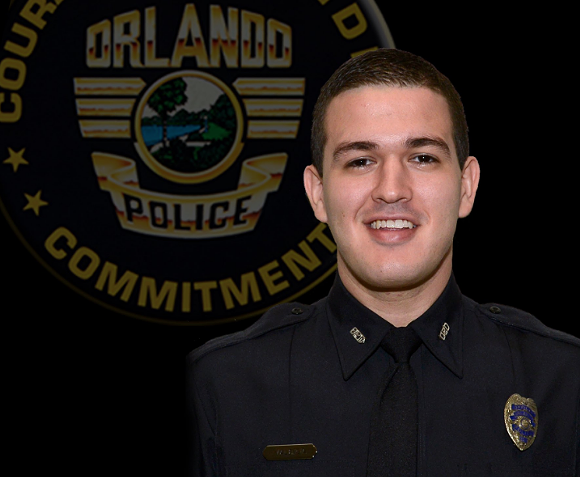 A GoFundMe account has been created for the Orlando Police officer who remains in a coma after being shot in the head during a standoff this week.

Officer Kevin Valencia was one of several officers who responded to a domestic disturbance Sunday night at Westbrook Apartments on Eaglesmere Drive near Universal Orlando. A woman told officers that her boyfriend, 35-year-old Gary Wayne Lindsey Jr., had battered her.

Authorities say that when officers went to confront Lindsey, the man shot Valencia and later barricaded himself in the apartment with the woman's four children. For almost a day, police tried to negotiate a peaceful surrender from Lindsey as he held the children hostage. Around 9 p.m., A SWAT team discovered Lindsey had shot and killed Irayan, 12; Lillia, 10; Aidan, 6; and Dove, 1, before killing himself. Lindsey was reportedly the father of the two youngest children.

Valencia was taken to the Orlando Regional Medical Center, where he had surgery. The officer remained in critical condition Wednesday, according to
trauma surgeon Chadwick Smith.

"He faces a long recovery," Smith said at a press conference at ORMC.

Valencia and his wife have two small children, according to the GoFundMe set up by the Orlando Police Heroes Foundation. The fund, which is asking for $50,000, will go to helping the family with "short-term and long-term expenses while he fights to recover from these devastating injuries."

So far, the GoFundMe for Valencia has raised almost $22,500. If you would like to donate to the fund, click here.