Frito, the tiny Florida seahorse, made a full recovery and was released 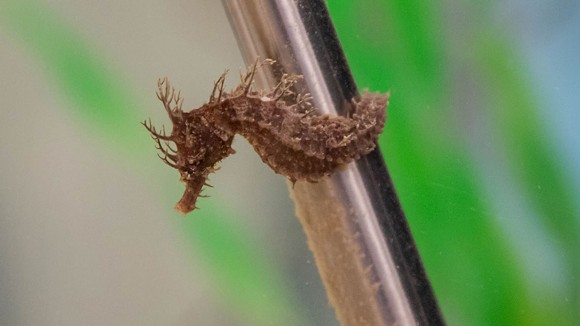 Frito, the seahorse that was rescued after surviving a near-death experience, experienced not only rehabilitation but stardom.

A snorkeler found her wrapped in fishing line off the coast of Redington Shores, according to Clearwater Marine Aquarium. On Sunday, she was brought to the marine center where the live stream started and viewers tuned in everywhere.

Hundreds watched the tiny creature being nurtured back to health and swimming around the tank. The marine experts who rehabilitated her spoke to guests about the danger of loose fishing wire and the dangerous effect it has on wildlife.

On Thursday, Frito was released back into the water after making a full recovery.

This is the smallest rescue yet for the aquarium, though the center has saved two other seahorses: Funyun and Cheeto, a bright orange seahorse. Frito received her name because, well, look at her: Her brown coloring and curling body do resemble the well-known chip.

The aquarium is also home to the famous dolphin Winter, who lost her tail and was featured in her very own movie, Dolphin Tale.