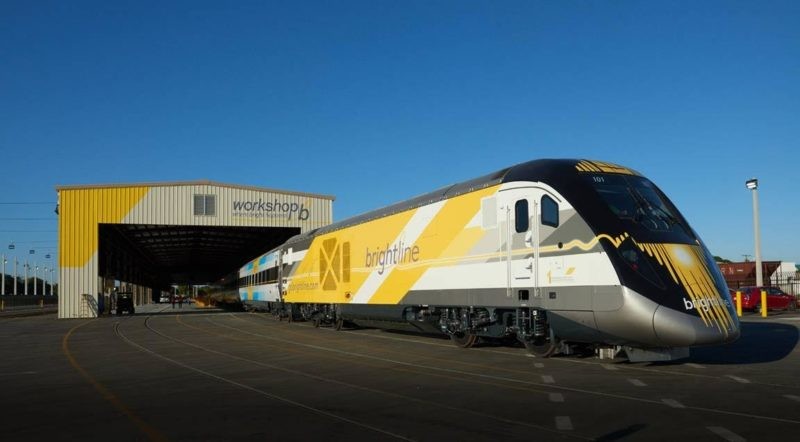 On Tuesday, Orange County commissioners gave the OK for All Aboard Florida’s request for a Conservation Area Impact Permit, allowing the private company to start laying tracks for its high-speed passenger train linking Orlando to Miami.

The expansion will require Brightline to convert more than 100 acres of wetlands along the Beachline Expressway, or State Road 528. The rail service will include a 22-mile stretch through Orange County that runs parallel with the road beginning at the St. Johns River and running to Orlando International Airport, and will use OIA’s Intermodal Terminal Facility as its local train station.

To mitigate the environmental loss, the company will pay $80 million in fees, including costs to buy additional lands, which will then be deeded over to the county and conservation district.

“To make public transportation work, there are times when you have [to accept] impacts,” Orange County Mayor Teresa Jacobs said at Tuesday’s public hearing. “They could have carved a whole new path and created a great deal more impact.”

Jacobs said that of all options, “this is the best.”

Martin and Indian River counties are suing All Aboard Florida, owned by Florida East Coast Industries, in federal court in an attempt to block the expansion.

A study by the Washington Economics Group predicted the rail service will create as many as 1,800 jobs in the county, generate as much $57 million in federal, state and local tax revenues and take 3 million vehicles a year off Florida roads.

The Brightline expansion project is expected to start later this year.

The train service plans to begin operation in the Orlando area by 2021.